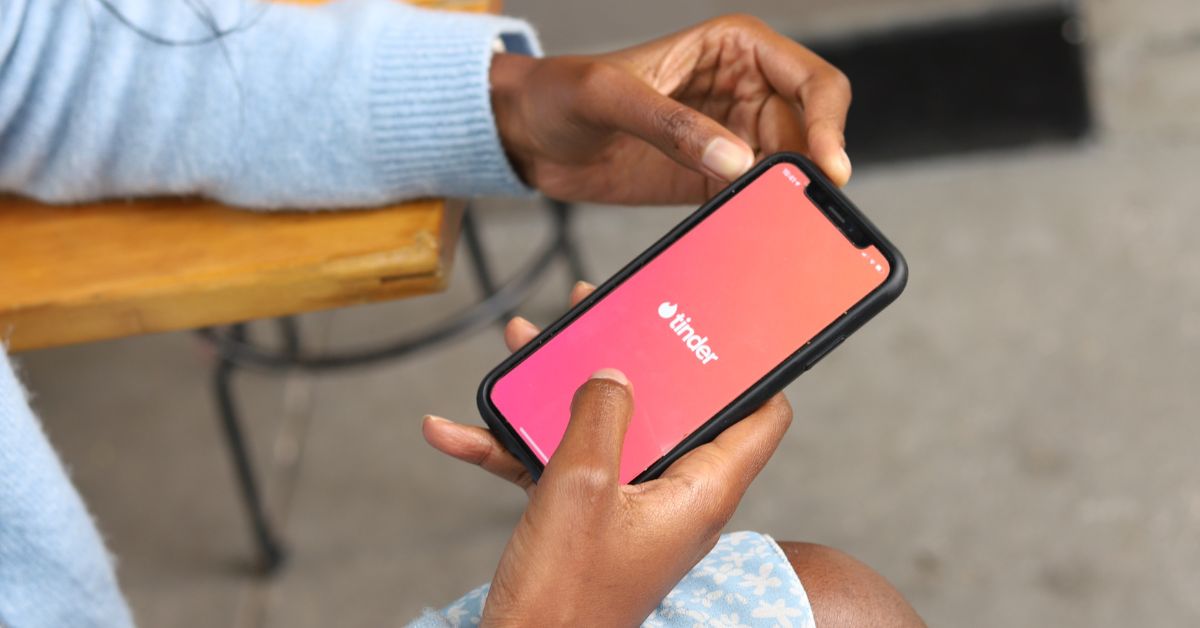 I’ve been a Nick Cave fan for all of my adult life. The man once described as ‘a vaguely psychotic drunken screwed-up* drug addict, deceiving himself with vain delusions of glory’ …has always had a special place in my music collection and medial orbital frontal cortex (apparently the part of the brain responsible for appreciating beauty…).

One of the things that I’ve admired from afar is the continued evolution of a man perpetually stalked by grief and loss. Rather than it crushing him or muzzling his creativity, it makes his voice all the more profound and important, as he pour what’s left of himself out into his music⎯retaining his distinct sound, yet offering something new and beautiful with each release. You would think time would lead to bitterness and resentment, but for him it has seemingly had a re-humanising effect after his angsty punk days (see earlier quote).

I’ve appreciated the debuts, the classics, the new stuff, and everything released in between, but find myself coming back more often to the contemplative pieces over the contemptuous ones. Being able to turn ineffable experiences into artful melodies and stories speak just that little bit deeper into the human experience.

And as someone who personally has had a fairly blessed life, I’ve always found it important to listen to the stories of others who have had drastically different experiences to myself. To walk that extra mile with someone free of judgement or condescension.

In a strange way, hearing stories of modern dating has been one of those windows into the lives of some of my friends who have had some rough experiences along the way. Stories of loss, frustration, heartbreak, betrayal, anger, loneliness and sorrow. And it’s interesting to reflect on in our techno-charged landscape.

The Rise of Dating Apps

Did you know that the juggernaut dating app Tinder turned 10 years old this week? (It launched September 12th 2012).

I’ll admit, I’ve never ever used it. And the main reason for this is that my wife and I are coming up to nine years of marriage next month (woot!). When you throw in our period of dating and engagement, our relationship predates Tinder (no pun intended). Hence never using dating apps of any kind.

But that doesn’t mean I don’t know anything about it or haven’t listened to the stories that come with modern dating. I remember in 2013 it seemed like all of my colleagues at the time were using Tinder.

It was new, exciting, and was changing the very fabric of society before our eyes.

Last month The Guardian on their full story podcast covered an episode on this very topic, asking ‘What have we learned from a decade of dating apps’? It turns out these apps “Have expanded and fundamentally changed the way we think about love, sex and relationships”, and they interestingly compared it as being as monumental and significant to the creation of the pill in the 1960s.

And it’s easy to understand the appeal. There’s the convenience of being able to meet people on your sofa, avoiding HOGO. There’s the instant gratification when you get a match. There’s the abundance of options you never would have had in previous generations. ‘Plenty of fish in the sea’ takes on a whole new meaning when you discover the Mariana Trench of dating.

In some ways Tinder has been a small mercy because it, in theory, eliminates being hit on by creeps, removes the need for a side-splitting hilarious pick up line, and means you can skip the awkward grey area of working out whether the person sitting next to you is on the same page about it being ‘a date’ or simply two friends ‘hanging out’.

And yet it’s still confusing and exhausting for many.

For all the couples that work out (and there are heaps that do go on to bigger and better things), there are plenty more that don’t, leaving behind odd experiences, and frustrations. The lack of social context and the total anonymity means meeting people with whom you have no connection with generally. This blank slate can be freeing at first ⎯especially knowing you likely won’t see them again if it fails⎯but groundhog day will settle in after a while as you start from scratch every date.

While apps have made online dating more mainstream and socially acceptable (rather than a last resort), it has also made people way more flaky. There’s a whole new glossary of terms that comes with it – ghosting, breadcrumbing, snooping, sexting etc….

Despite a new ethic, language and etiquette, it’s worth pondering whether this revolution is leaving the world better off.

Partially cancelled, probably less datable, but definitely still famous, Aziz Ansari and his book Modern Romance (2015) in some ways perfectly encapsulates the murky waters people are navigating alongside #MeToo, consent, gender and sexual freedom. His book is part funny, part cringe, definitely informative, and yet with a undercurrent of frustration and dejection, alongside the freedom and excitement that comes with the seemingly unlimited possibilities in the modern age.

He, alongside Sociologist Eric Klinenberg look at all kinds of datasets to investigate what has changed since his parent’s generation to now. And it’s obvious that relationships have been transformed in ways no one would have comprehended one hundred years ago, particularly with the rise of technology and dating apps.

One of the interesting metrics often used to judge whether a relationship is working comes down to passion. Ansari has a fascinating exchange with social psychologist and NYU Professor Jonathan Haidt, who indicates that passion tends to drop dramatically after two years in any relationship, while the level of companionship tends to increase. Most people are happy with this trade off, and will assess the health of their relationship on these two markers. Without a doubt though, our society places a strong bias on passion, so Ansari asks the question (perhaps tongue in cheek) whether it’s better just to end every relationship after two years and go again. Here’s what Haidt says in response:

“There are two ways of thinking about satisfaction. One is the passionate/companionate love hedonic view, that the best life would be the one with the most passion in it. The other is a narrative view, that the best life is about building a story…If you take a narrative view, there are different things to accomplish at different stages of life. Dating and having these passionate flings are perfect when you’re younger, but some of the greatest joys in life come from nurturing and from what’s called “generativity.” People have strong strivings to build something, to do something, to leave something behind. And of course having children is one way of doing that. My own experiences having children was that I discovered there were rooms in my heart that I didn’t even know were there. And if I committed to a life of repeated sexual flings, I never would have opened those doors. If you think the whole point of life is to gaze into your lover’s eyes all day until you die⎯well, then, I wouldn’t want your life.” (p. 222-223)

It’s an interesting dichotomy. Hedonism will have its perks, but it will also mean you can fall prey to other people’s selfishness, as they look for dopamine filled highs and experiences that can be exploitative and meaningless. Apps like tinder for all their convenience creates an atmosphere with an inevitable bias towards experimentation and short lived encounters. The unwritten rules end up favouring those who are unserious and uncommitted to anything lasting. Plus there’s no real enforcement or disincentives for when social norms are broken or trashed.

People go in with very different objectives and hopes with these dates, and it generally takes a lot of bad dates before you get to a good one. Even if you have a good one, there’s no guarantee you’ll ever see or hear from that person again. Or if you do, it’s not uncommon for your date to be seeing multiple people at once, for an indeterminate amount of time⎯perennially seeing how things play out and keeping options open in case a better offer appears. This must be especially painful when conversations emerge for those partners that don’t delete the app,even as the relationship gets more serious. Definitely a problematic new variable.

If relationships are always depending on how you feel right now, they are doomed to fail. And I think I would agree with Haidt that the Hedonistic approach isn’t going to be enough for a long term successful relationship. There’s something beautiful about going on the journey together being committed to reach the end destination. Whatever adversity comes, whatever changes need to be made along the way. There’s something beautiful about deeply knowing someone, flaws and eccentricities and all. And serving them anyway, accommodating them anyway, making sacrifices for them anyway.

It may seem counterintuitive, and it’s challenging-hard-work for sure, but with the generative outlook comes a deeply satisfying and pleasurable existence the longer it goes on.

And this is a large part of why Christians and other religions still believe in the institution of marriage.

A fascinating study came out of the UK this week suggesting that Religious people experience greater sexual satisfaction than the general public. And a lot of it seems to be about what Haidt is talking about.

Now, don’t get me wrong, marriages⎯and religious marriages at that⎯ can be terrible, loveless, sexless, joyless, lonely places (sometimes all at once). But they can also be things of beauty, dedication and delight as you build a life together. The new experiences that come with different stages of life bring their own highs and freshness, rather than the groundhog day experience of yet another date.

Christianity gives particular meaning to marriage by comparing it to Christ’s love for the church. A sacrificial love that is willing to lay down one life for the sake of the other’s flourishing. It holds marriage to high expectations, but it come with an even greater bounty for those who can hold to it.

There’s also a public element to it. Christians celebrate marriages, births and deaths in the context of community. Giving these life altering events a sense of obligation, responsibility, commitment and belonging rather than convenience, flakiness, shallowness and anonymity.

Tie these in with the rhythms, practices and prayers of daily life, and you have an abundance of meaning buttressing the relationship⎯rather than an abundance of ephemeral moments, loose connections, and disconnected faces coming and going as seasons and feelings change.

You may lose the freedom of choice, but you gain a fuller version of yourself as you commit to knowing and building up the loved ones around you.

Earlier this week Nick Cave was asked the question on his Red Hand files blog “What is the point in life?”. It’s worth reading the whole response of course, but he boils it down to being a relational human. i.e showing kindness in the face of suffering:

“We reach out and find each other in the common darkness. By doing so we triumph over our collective and personal loss. Through kindness we slant, shockingly and miraculously, toward meaning. We discover, in that smallest gesture of goodwill laid at the feet of our mutual and monumental loss, ‘the point‘.”

As a Christian I can’t help but think of God’s mercy when we lay at the foot of the cross, as he reaches out to us in the darkness. It not only becomes a glue for human relationships, and an unveiling of ultimate meaning. But it also gives us the choice to live in a new relational posture, infinitely more revolutionary than a pill, or a swipe of a phone.

About the author: Aaron Johnstone is writer with Third Space, with a Masters from Sydney Missionary & Bible College, and a passion for connecting Christianity with culture.