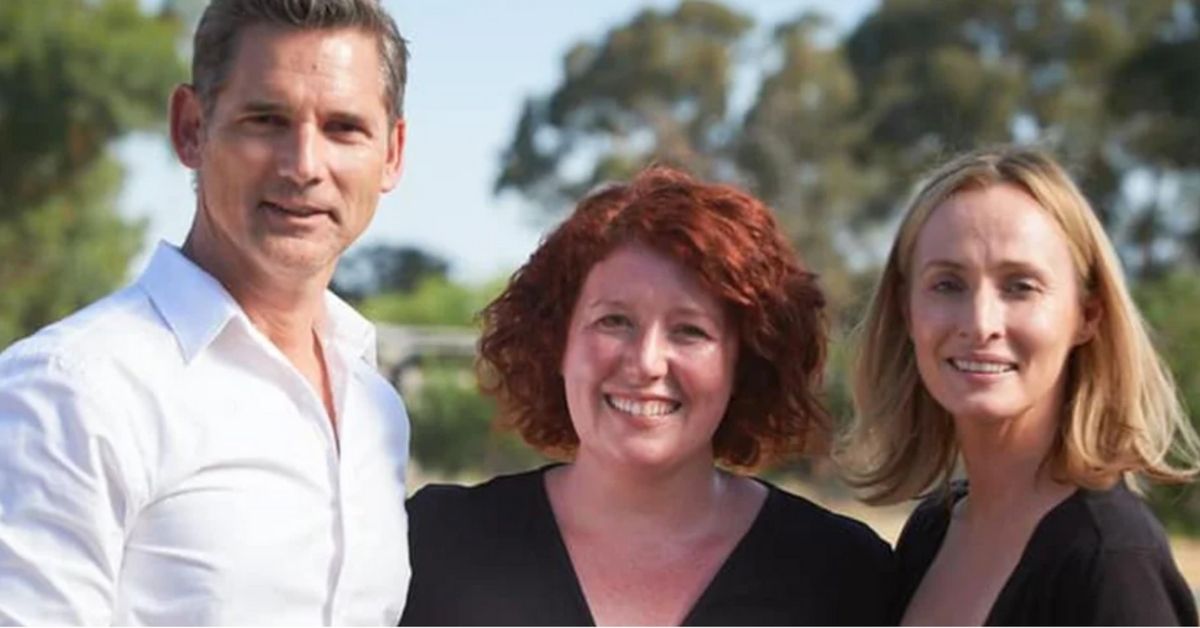 Since last summer’s bushfires and through the COVID pandemic, the tenacious Australian spirit and our harsh landscapes have carried a new significance to many across our country.

Rural communities bore the full brunt of the drought’s impact, perhaps feeling most acutely the unrelenting bad-news cycle of our entry into the next decade.

Four years ago, award-winning Australian author Jane Harper captured both the heart and spirit of regional Australia in her debut novel, The Dry.

Set in outback Victoria, The Dry is a dramatic thriller about a historic murder-suicide case that gets re-opened when federal police investigator Aaron Falk returns to the town where the crime took place, uncovering secrets that make him doubt the charge.

The book has now been adapted for the big screen with Eric Bana (Munich, Dirty John) as the lead, releasing at a time where our relationship to our land has had a beating and the value of our communities is even more apparent.

Up-and-coming Australian actor Sam Cortlett (The Chilling Adventures of Sabrina) plays Young Luke and said in an interview, “The strength of community is really strong [in Victoria]”, which is a great takeaway from the movie.

“Especially with what happened with the bushfires and The Dry being set with the possibility of a bushfire on the horizon, and the droughts, I think the real coming together of people – no matter colour or creed, lets that mateship that we always talk about be seen,” Sam said.

Actor Claude Scott-Mitchell, who stars as Young Gretchen, said “there’s a soul there” of the Australian landscape.

“It’s beautiful and I think it means we’re constantly changing that dialogue [with our environment], and hopefully learning something from it,” Claude said.

“Especially now when it is changing, and we are in drought; I hope that changes who we are as a people as well.”

For Claude and Sam, along with emerging actors Joe Klocek (Young Aaron Falk) and BeBe Bettencourt (Ellie), The Dry was their first time on a feature film set, which added to the bond their characters share as friends on screen.

A week before filming, the actors lived in the same apartment building and Sam said, “there was a very strong family atmosphere”.

As first-time players on a bigger set, Sam said, “we were able to connect in that shared experience”.

“The book by Jane Harper is so rich, and we really wanted to honour [the bond in] that story.”

Sam also said the characters that each of the younger actors play capture an aspect of Australia’s youth that’s important to see on screen.

Young Luke is “a rascal and a it of a rebel”.

“But also has got a loyal family-centered heart too,” Sam said.

Sam said he was invited to “have a beer” with an 18 year-old that completely epitomised Luke when walking through Melbourne one day.

“I had no idea who he was so I sat down with him and he was like Luke before [my eyes]. He was just saying that the biggest aspirations and dreams that he has is to grow up, have a family and earn enough money to support his kids,” he said.

“I thought that was so simple, so beautiful and very romantic. I brought a lot of that energy into how [Luke] behaved.”

Claude added that Young Gretchen presents a gutsy-ness that “she grows into” – a trait Claude hopes we can all possess.

“For me, [being gutsy] is daring myself to try new things and to constantly be pushing yourself. I think as soon as you become comfortable it’s dangerous territory there, because it’s an easier route in some ways,” she said.

The pair didn’t have any direct scenes with Eric Bana given the stories timeline, but Sam said he did get to learn from the seasoned actor through “osmosis”.

“Eric is “also a producer on [The Dry] and he was around on set. And I definitely learned a lot through… being around him.

“We were able to watch him do one of the final scenes and he was just very present, very still. And Aaron Falk’s story is very rich. I learned a lot from Eric and I look forward to seeing him again at the premiere,” Sam said.

The Dry is in cinemas New Year’s Day. Rated MA15+