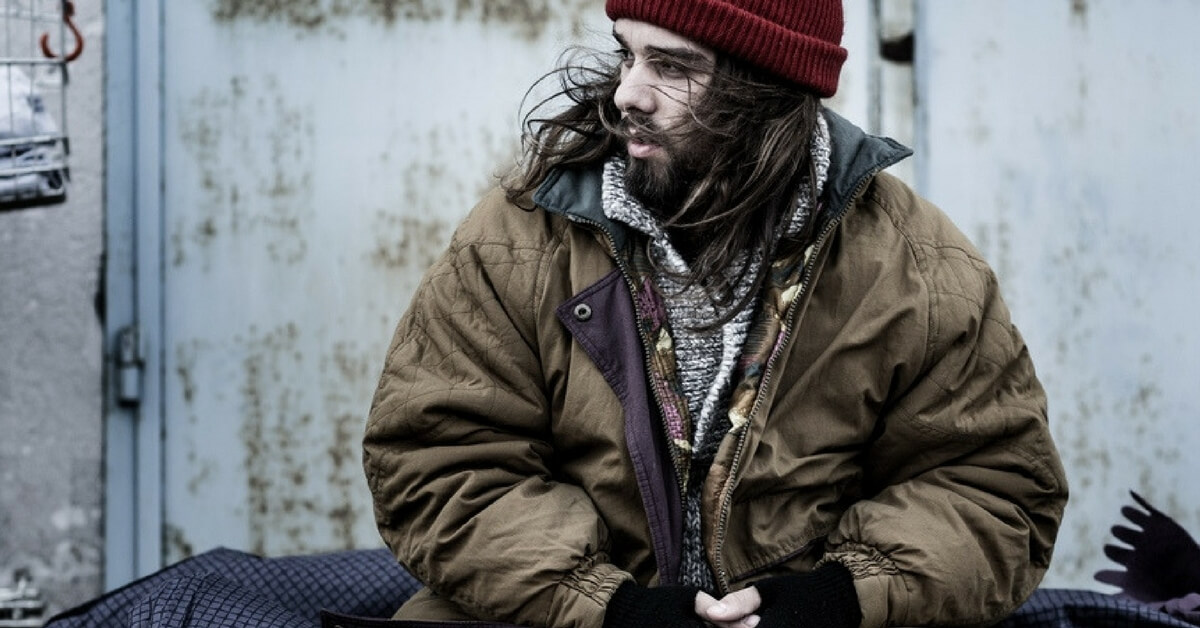 There’s a common misconception about youth homelessness. It goes something like this: ‘Teenagers have no excuse for being homeless, they have perfectly good homes and parents who can look after them, they are probably just avoiding rules and chores’.

He’s back on his feet now, but from age 16 to 23, Simon faced the daily struggle that is homelessness, living between refuges, friends’ places, and at times, sleeping rough on the street.

The reasons are complex. Growing up in a remote country town, Simon lost his mum at an early age, suffered physical and emotional abuse, and was raised by a dad who struggled with the challenges of parenting.

“My family had experienced a lot of complex trauma and generational issues, and when you live in a remote town where there’s no-one to talk to, the cycle repeats,” Simon said.

By his teen years Simon was traumatised, fighting with his family, and at times running away to friends’ houses, with limited options for counselling and support.

“The biggest reason why I had to leave was there was no opportunity,” he said. “There wasn’t even an option to get counselling. There wasn’t an opportunity to go to dad and say ‘Dad I need your help, I need you to listen, we need to heal and grow’. There was no-one really to help with that.

At age 16 got on the XPT train and came to Sydney with no money, no connections, and no idea what to do with his life.

“The first two years was the hardest,” he said. “I would’ve slept in about 13 different places. Some were refuges, some were mates’ houses, some were with people that warning bells would’ve gone off for any other person—but they were the options.”

When Sleeping on the Street is Your Only Option

Simon had his fair share of ‘hard-sleeping’ – literally, sleeping on the street. He describes what it’s like for young people in this situation.

“I had my favourite spots, where you could fall asleep for a few hours and people wouldn’t notice you,” he said. “I got into a survival mode. My story is really common for a lot of young people who experience hard sleeping, where after the first few nights, your brain shuts down and goes ‘I didn’t get attacked, I didn’t get sexually assaulted or beaten, or harassed by drunk guys coming home from the pub… it’s OK.’

“When the rats would knock over the bin it would wake me up in a panic and stuff but you get really smart and strategic about it. You know that garbage collection happens on certain nights around certain alleys, you know you can hide behind the fire escape in certain places, and that’s how a lot of young people are forced to think.

“You think, ‘I know that on this day I can go to this place because these people won’t be there. Also a lot of young people go pitch a tent in centennial park, they get 15 friends together and congregate.

“When you’re a 17-year-old girl or young boy, you’re too vulnerable. A lot of people see the hard exterior and wonder why young people function like they do, but that’s just because we’ve got to keep ourselves safe.”

Getting Ahead an Impossible Task

Simon describes the impossibility of living a normal life without a home.

“When you’re hard sleeping you’ve got no hope of getting a job, getting into school, accessing services,” he said. “There’s plenty of places you can access for food but it’s hard. You get up, it’s daylight, you go and wait at Oasis [Youth Support Network] and camp out until they open at 9, then hit the worker up for a food voucher.

“Little tasks become a huge thing. Like getting your clothes washed. A big shame feeling for me was not being able to have clean clothes. I used to have to catch a train to Ashfield, walk to wash them, then bum around and wait for the clothes. The Challenges of Living in a Youth Refuge

From age 18 Simon began to find more long term support and services, living primarily in refuges, which looked after the basics like food, a shower, a washing machine and somewhere to sleep. The difficulty then, though, was to rebuild his life. There were risks posed by living alongside other troubled young people, and emotional and social challenges to overcome. Refuges are no walk in the park.

Research shows that young people who lack the typical social and emotional support that comes from living at home, are at greater risk of substance abuse, crime, mental health and behavioural problems.

“Young people are not homeless because they ‘couldn’t go to a concert’. I could tell you 30 stories of friends of mine who through no fault of their own, there just was no home.”

“You can get Centrelink, but in a refuge you have to pay rent,” Simon said. “You have to get a job or attend school. Getting interview clothes, getting into Centrelink, getting them to process something, getting a Medicare card, getting health care… being in a refuge doesn’t solve all that. You go from ‘I might die tonight’, to ‘ok the chances of me dying tonight are very low, but how do I have a life? How do I build anything?”

Now 25, Simon is back on his feet—living in his own place, working and studying, pursuing a long list of hobbies and serving the community through groups like Rotary and Rotaract. He was one of the founders of the NSW Youth Homeless Representative Council and is an ambassador for the youth homelessness action group, YFoundations.

And he’s passionate about breaking down stereotypes. He said the picture often painted of homeless youths as rebels who just want to avoid chores, is a myth.

“Trust me, if I had to choose between doing my chores and living in a refuge, I would be a maid. If that solved my problem I would do it,” he said. “Young people are not homeless because they couldn’t go to a concert. I could tell you 30 stories of friends of mine who through no fault of their own, there just was no home. I had one friend whose parents separated and told her, ‘we can’t look after you any more’, and she ended up in a refuge.”

He encourages parents and youth workers to keep an eye out for the early signs of homelessness, such as a young person ‘couch surfing’ between friends’ houses, and withdrawing from their usual activities. And he urges people to avoid language like ‘feral kids’, ‘mongrels’, and ‘hoodlums’.

“I could give you a list of 100 [homeless] young people that are good kids,” he said. “It starts with the language and how you speak to your children about it.”

To find out more about services available for young people head to YFoundations.org.au.