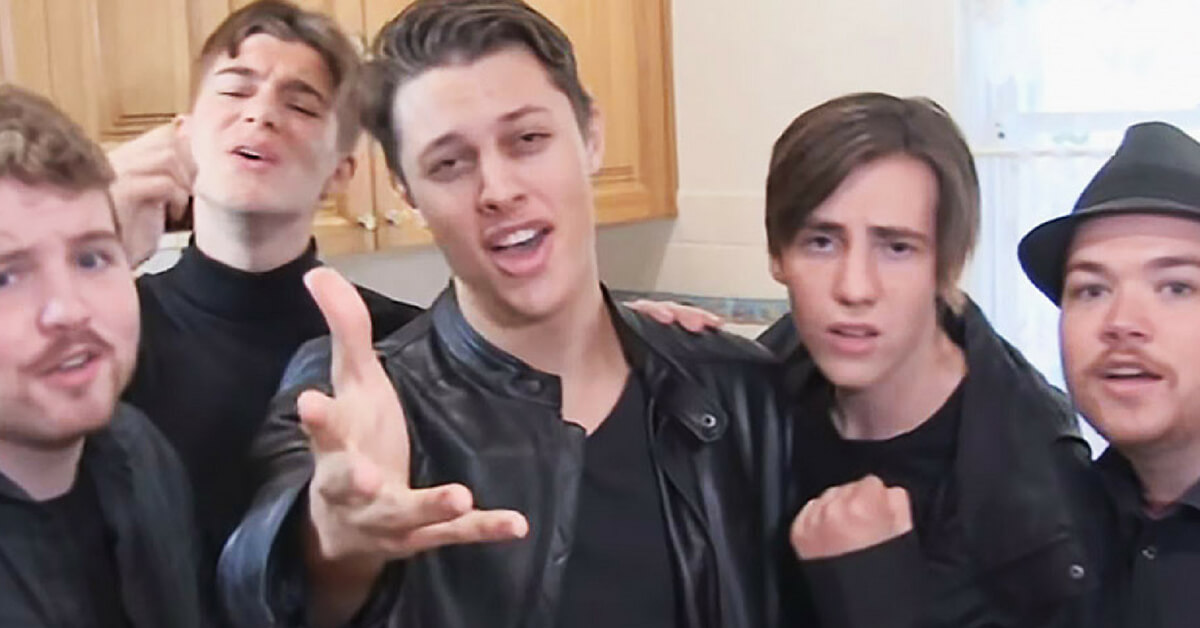 A tongue-in-cheek music video sending up the Backstreet Boys, created by a team from a Sydney Church, has made it onto national TV.

The video, titled Wash Up, Put That Away – a parody of the Backstreet Boys’ song I Want it That Way – caught the attention of Channel Seven’s Sunrise producers. On Thursday morning, the show’s hosts David Koch and Samantha Armytage interviewed video’s young stars in a live cross.

The “five young gentlemen from North West Sydney” – as Sam Armytage introduced them – are Sam Martin, Daniel Knight, Jonathan Potter, Sam Begg and Tim Cornell. All five serve in the church as musicians, youth leaders and children’s workers; three of them are too young to have even heard of the Backstreet Boys before they made the video.

Their song, filmed at Jonathan’s mum’s house, is a tribute to all frustrated mothers and their ongoing battle to get their sons to contribute to the housework. It features the five boys adopting the intense navel-gazing, pouty poses typical of boyband music videos, along with cheesy choreographed moves and centre-parted hair. They sing ballad-style about their struggle to make their beds, wash the dishes and put out the rubbish.

The parody song was the brainchild of the church’s creative director Shelley Witt, who as a mother had no trouble writing the new lyrics.

In their Sunrise interview, Daniel Knight told Koch and Armytage that “we just wanted to immortalise our love for our mothers in a video we can show from now until the end of time”.

It’s not the first time the church has created a boy-band parody video; in 2012 some of the church dads created their own unique music video for One Direction’s One Thing.