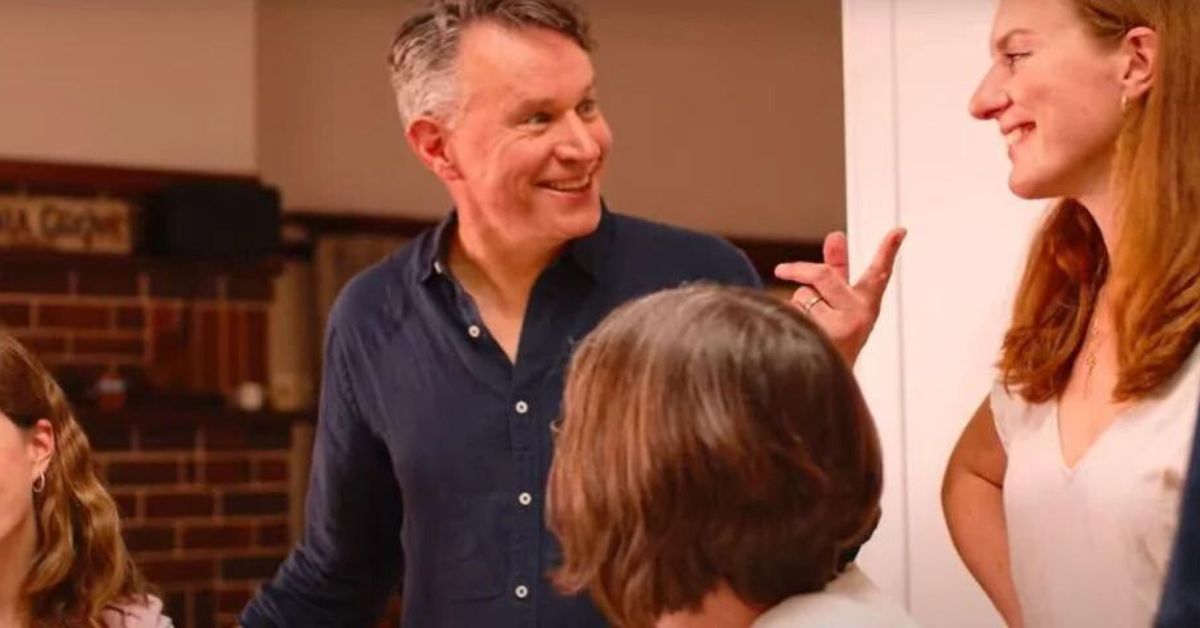 Colin Buchanan’s new song In Real Life is a celebration of once again being able to meet face-to-face with loved ones.

In it, he sings about the restrictions imposed by the pandemic, particularly of not being able to travel, but also sings that “we’re gonna get there… and we’ll be doing it / in real life”.

“It’s not a lament, it’s a celebration of what it means to be able to enjoy each other’s presence,” he said in an interview.

For Colin, music and the bush are tied up with that celebration – the song mentions the towns of the Darling Downs, Drillham and the bush.

“As Aussies have been rediscovering inland Australia as they’ve not been traveling overseas quite so much, that’s been a big part of my touring life as well,” he said. “When I got out there and flew into Brisbane and drove through Toowoomba and out into the Darling Downs, as mentioned in the song, it just felt really good to be out there.”

“It’s not a lament, it’s a celebration of what it means to be able to enjoy each other’s presence,” – Colin Buchanan

Going on a Journey

Colin wants to take listeners on a journey with the song.

“That’s one of the things I love about songs is that they can be a little ticket into the imagination,” he said. “And the beautiful thing about song writing too is that it’s a bit of an open ticket, you never quite know where a song might take people. Sometimes very specific things can be taken and turned into other equally specific things that are just personal to the person who’s listening.”

Meeting with loved ones

A video clip of the single was released earlier this month showing Colin journeying to meet his loved ones. Shot at his family home, it features his extended family of adult children, husbands and wives, partners and grandchildren.

“It was something very special because my son and daughter-in-law live in the UK and so this was the first time that they came over and we were able to all be together,” Colin said. “It’s a very simple clip, but that’s really what we chose to focus on; there’s traveling in that clip and so forth, but it’s about the journey to actually be together.

“As the song says, ‘let’s just make a plan to be together again, and we’ll see what happens next’ and that’s that sort of freeform, the lightness, of being together and just community. That was especially precious for me because I was with family who are now separated by tens of thousands of kilometres again.”

“The beautiful thing about song writing too is that it’s a bit of an open ticket, you never quite know where a song might take people.”

There’s also a bit of an “Easter egg” in the clip that viewers might miss.

“There is actually a moment in there where I sort of tap my son-in-law on the shoulder because he says, ‘Oh yeah and Laura (Colin’s daughter) is pregnant’,” Colin said. “We didn’t know that, and it’s like ‘what?’ and it suddenly goes quiet and Laura says ‘yeah, I’m pregnant. So that had a sort of double precious moment… (and) that’s amazing that that was sort of caught on camera like that.”

“There is actually a moment in [the music video] where my son-in-law says, ‘’Oh yeah, and Laura is pregnant’. We didn’t know. That’s amazing that it was caught on camera like that.”

When the pandemic hit, a lot of interactions were moved online and relied on technology, but Colin believed this was a distraction.

In one of the verses, he sings that “life is more than just pictures / love takes more than a text”.

“I feel like we’ve spent a lot of time, out of necessity, and it’s been a great gift at one level to have technology mediate our relationships, but it’s only a substitute, it’s not a replacement.”

Although the song doesn’t have an obvious Christian message, Colin finds it hard to separate real life from God.

“Jesus said he’s ‘the way and the truth and the life’ and I feel like that’s not just an idea but the picture of Jesus’ life was a life-embodied life, not a theoretical life,” he said. “I suppose the ultimate real life is the life of the empty grave, the resurrected Jesus.”

One aspect of real life that Colin says he missed during lockdown last year was being at church in person, which he describes as a “really precious part of our lives as Christians”.

“I suppose the ultimate real life is the life of the empty grave, the resurrected Jesus.”

“I think the pandemic has just reminded me it is a really potent and beautiful and precious and important part of just being a Christian.”