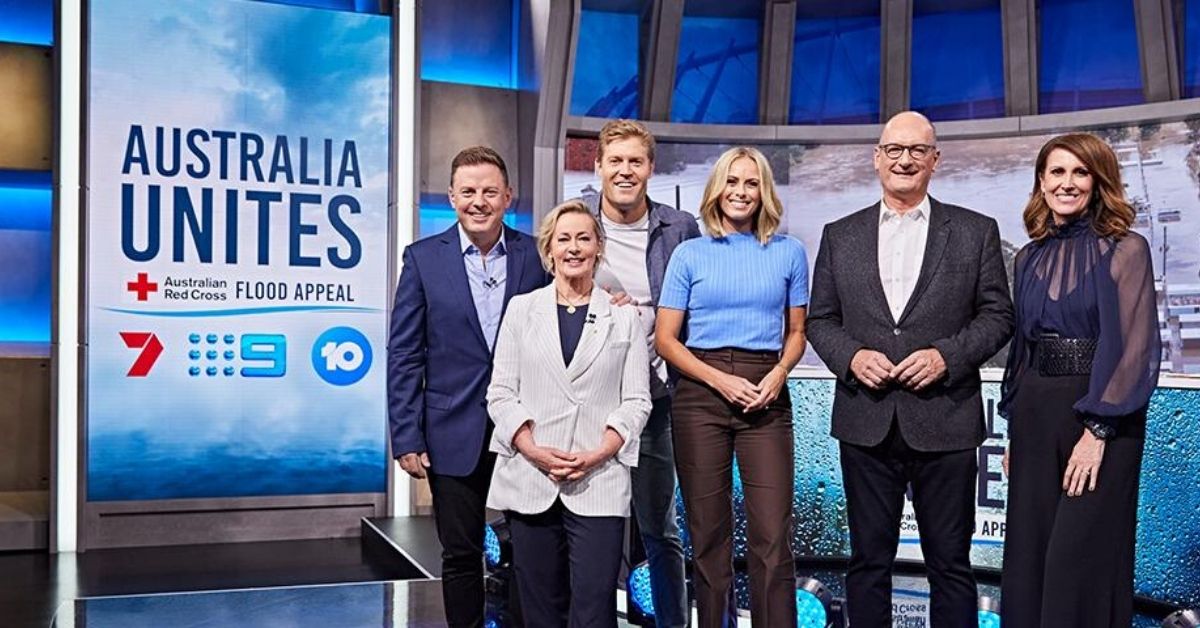 Last weekend saw Australia’s commercial television networks joining together to support flood victims in Queensland and New South Wales, with a telethon that has banked more than $25 million for the Red Cross Flood Appeal.

With 100% of the funds raised during Australia Unites: Red Cross Flood Appeal going to help people and communities affected by the devastating floods across Queensland and New South Wales, the star-studded broadcast saw Australian music royalty, celebrities and popular news and entertainment personalities from across all three networks band together.

But it was the extraordinary support and generosity of Australians that saw more than 18,000 calls received and more than 340,000 visits to the Red Cross website during the broadcast, culminating in a massive $25,249,796 worth of pledges.

Prime Minister Scott Morrison said: “These floods have been beyond devastating for communities across New South Wales and Queensland, particularly in the Northern Rivers of New South Wales. Australia is strong and resilient because of the generosity of Australians.

“Thank you so much to everyone who has been able to make a donation to this Red Cross appeal to support the affected communities – and thank you to the many volunteers who are giving their time to this effort. To everyone impacted, our Government and the whole nation will continue to stand with you and support you.”

Kym Pfitzner, Australian Red Cross CEO, thanked the 7, 9 and 10 networks for coming together and said “the result was beyond our expectations”.

“The Flood Appeal united the nation in support of tens of thousands of people impacted by the floods,” she said. “We witnessed the spirit of humanity in action. I’d like to thank everyone who donated for your incredible generosity. 100% of the $25 million plus raised during the telethon will go in cash grants to help people impacted by the floods.”

Applications for the grant will opened on Friday, 18 March on the Red Cross website.

Over the five hour live broadcast, an average of more than 810,000 Australians tuned in nationally to Australia Unites: Red Cross Flood Appeal, which was simulcast on Channel 9, 9Now, 10, 10 Play, Channel 7 and 7plus.

Whenever disaster strikes, Australian Red Cross works side by side with organisations such as the St Vincent de Paul Society, The Salvation Army, Lifeline, and GIVIT to get help to where it’s needed most. They do an incredible job and the Red Cross is grateful to work alongside all of them.

100% of the funds raised during the Telethon will go to people affected by the floods in cash assistance.

You can still donate to the Australian Red Cross Flood Appeal here to help the broader response including with the longer-term recovery or by calling 1800 733 276.