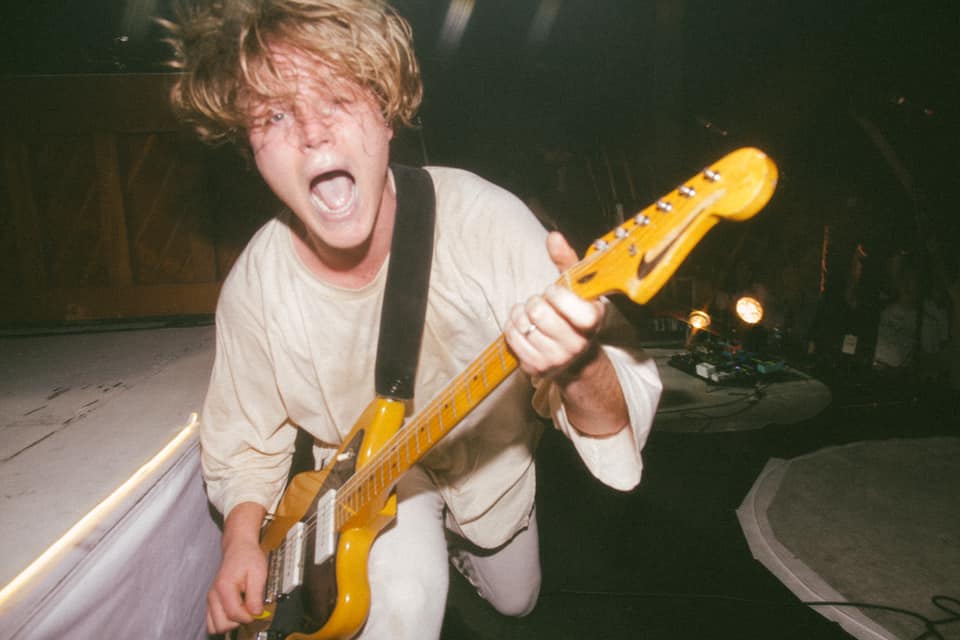 Intentionality and creativity may not be two things that seem to go together: if you want to display wild wonderment through song or picture, does giving it an aim inhibit that?

Growing up around music as the son of Grammy Award winning inspirational artist Stephen Curtis Chapman, Caleb and his brother Will (also in the band) say their father’s intentionality has influenced their own “musical mission” and, admittedly, made their jobs easier.

“It’s amazing what his legacy, and the intentionality in his career, what doors it’s opened for us,” Caleb said.

“We would be very foolish not to embrace that and claim that. He did good work, and that has paved the way for me and my brother to probably skip out on a lot of headaches.

“That’s not to say we haven’t paid our dues, but we’ve always been grateful for the shortcuts we’ve been able to take because of him.”

Focus is a high priority for Caleb, because “more than ever in the world, I feel like around every corner someone’s just begging for your attention,” he said.

“More than ever in the world, I feel like around every corner someone’s just begging for your attention,” – Colony House’s Caleb Chapman

“There’s so many pulls to get our brains thinking about something other than the life we have the gift of living.

“[That gift] is usually in the community we’ve created around us.

“For me, living intentionally – which is a constant struggle – is making sure I’m present in the moments I have. That’s with my children, my wife, my bandmates – it’s not just about recording songs, it’s about really investing in each of their lives.”

Colony House has found the sweet spot in their music between capturing the frenetic energy of youthful excitement on songs like You Know It and Silhouettes, and facing life’s deeper disappointments on releases like Why Even Try and Looking for Some Light.

Considering that balance, Caleb said, “We want to say deep, meaningful things that make you think outside of yourself, and about this world. About this life and the gift that is, and the tragedy it can be, but, we also want to remind you that it’s OK to just have fun”.

They want fans to see them as friends too.

Four albums in, Colony House still have a long career ahead of them and bands like Switchfoot and Needtobreathe have become great mentors on that journey.

Needtobreathe, Caleb remembered, taught them to always approach the stage as if they were headliners. In other words, to show up as leaders, not an opening act, no matter the size of the show.

Always approach the stage as if they were headliners… Show up as leaders, not an opening act, no matter the size of the show.

“There’s a way to do that in humility,” Caleb said.

“Respect yourself, respect the potential platform no matter how large or small it is, and while not taking yourself too seriously, take what you do seriously and know that it could have an impact on someone.”

To honour the impact of their work on others, is an attitude Caleb could have also picked up from his dad, who in 2008 chose to allow one of their families greatest tragedies to be a public story of hope.

When Caleb’s then five-year-old sister Mary Sue was struck by a car in their driveway, and tragically passed away, the family appeared on platforms around the world declaring the goodness of God despite their loss, with the older siblings telling Larry King Live about their pain and how they got through it together.

“I think in hindsight maybe our family would’ve done that a little differently,” Caleb said.

“Not that we regret it – I think it was a beautiful testimony, and a beautiful way to openly share hope in grief [and] there’s no remorse in that. But the world has changed so drastically in how much of our lives we can share, that you have to be more intentional about how you protect those parts of your lives.

“Sometimes I wonder whether it would’ve been healthier to grieve more privately, but our family is still whole and that’s what’s so beautiful about it.”