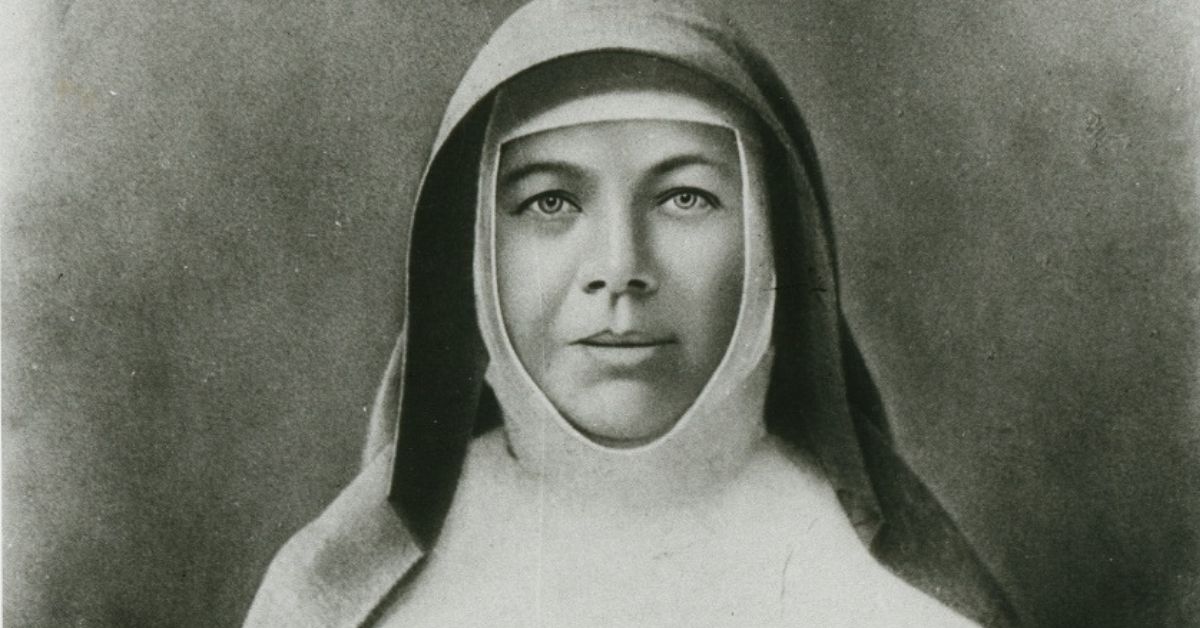 The tiny face of the boy in the rowing boat was screwed up in timidity and fear.

Every time Mary Mackillop went to the orphanage at Kincumber, three boys were sent to Woy Woy to bring her the five kilometres across Brisbane Waters. Two were assigned to row the boat and one to bail furiously. On this occasion, one of the boys had a beaten, hang-dog look. ‘Please, Mother,’ he confessed, ‘Sister sent me to tell you I stole a loaf of bread.’

A hundred years previously the boy would have been dragged before a magistrate. Like as not, his punishment would have been a sentence of transportation and seven years as a convict on the other side of the world. Children only came to be protected by law about the time Mary MacKillop died in 1909. So, the boy had cause for concern.

But Mary MacKillop—or Mary of the Cross—knew justice needed to be tempered with mercy. She could see this orphan not a criminal but a victim of a society unable to look after its most vulnerable people: orphaned children.

Her understanding of human nature endeared her to many people. A novice nun was sent to her for discipline after losing several heavy bags of soup bones on her way back from town. She was left off after explaining, ‘so many dogs were following me that I felt sure that you would rather the dogs would eat the bones than they would eat me!’

Mary’s early childhood was not easy. Her parents were Scottish immigrants who settled in Melbourne and Mary was born there on 15 January 1842. Money worries were part of Mary’s life and the ‘boom and bust’ gold days saw the MacKillops suffer continual financial instability.

From her teens to mid-twenties Mary supported the family, working in a stationery business and then as a school teacher and governess, before taking the first of many courageous steps in her life at the age of 24.

Mary wanted to serve the poor, particularly educating the children who lived in the bush. She opened a school in a stable on 19 March 1866, wearing a simple black dress as a sign of a radical life change. The first school set the pattern for many to come — it was for the children of the working class, providing a basic but thorough education, aiming to make children independent, employable and well-grounded.

Other young women joined Mary MacKillop and worked to establish places of refuge and rehabilitation for people in need, as well as the schools. Mary developed a Rule for the Sisters of St Joseph, as they became known, dedicated to meeting the material and spiritual needs of struggling people.

In a stiff, strict world where no excuses were tolerated, Mary MacKillop’s kindness and understanding were remarkable. After her death, one sister saw a picture of her in a shop and asked to buy it. The storekeeper refused to sell it. ‘That kind lady, and holy nun that she was, saved my wife and me from starvation.’ Although he was not a Catholic, he thereafter always helped the orphanages she founded.

Mary of the Cross was canonised by the Catholic Church in 2010. She was, however, honoured and well regarded by many Australians for well over a century. Her fame emanates from her founding role in the Sisters of Saint Joseph: A Catholic order of women who devote themselves wholly to the service of God by serving the poor of the world. They operate in Australia, New Zealand, Ireland, Peru, East Timor, Scotland and Brazil.

Many people start organisations that continue to exist beyond their own lifetime. Some climb to the top through clever and ruthless tactics, stepping on others to propel themselves forward in wealth and fame. While others attract helpers and volunteers because of their selflessness and godliness.

The most notorious episode of her life was her excommunication from the Church during late 1871 and early 1872. This action was quickly understood as unfair, being essentially motivated by a powerplay within Adelaide Catholicism. Most people would become embittered by such an unjust experience and seek to retaliate. Mary refused to lower herself to such standards. Avoiding all temptation to badmouth her accusers, she came through the whole experience displaying nothing but love and compassion to all: a Christ–like quality that characterised her life.

Mary MacKillop’s attitude was always of forgiveness and respect. Her many letters are evidence of her vision, courage and leadership.

The Scripture in James 1:22 ‘Do not merely listen to the word, and so deceive yourselves. Do what it says’ could be words that would describe this wonderful woman’s contribution to our society.

Mary was not naïve, nor did she shy back from a challenge. She simply understood who her Lord was and lived her life by His example. Her life was one of service, love and humility. She was a strong character who always put her Lord and others first.

Conversations with the Sisters of Saint Joseph at the Mary Mackillop Centre in East Melbourne.