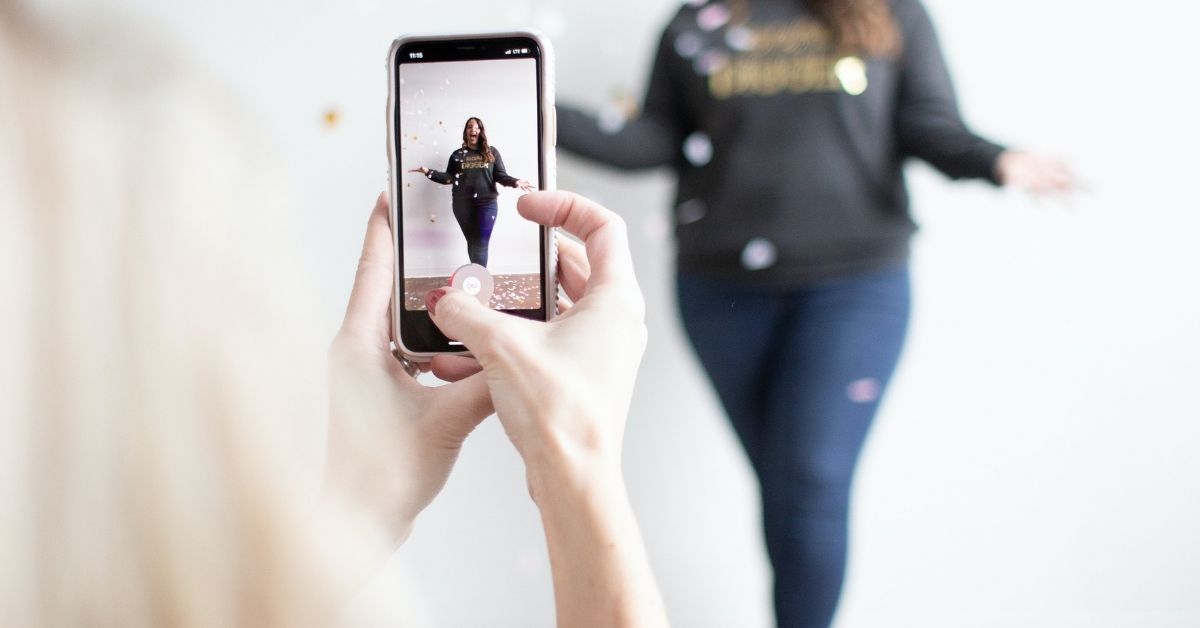 We have all grown used to the trends and influencers of social media, but developments of the last year are seeing the platforms we have come to know enter a new stage.The ‘creator economy’ involves the proliferating number of independent individuals who are making an earning by using social media to share their skills, knowledge and abilities. Leaving behind the influencers and polished posts of yesterday, the creator economy is ushering in a new era of marketing, influence and branding online – businesses best pay attention!

In place of the ‘influencers’ that have dominated our social media for the last decade, ‘creators’ are now taking the lead in monetising content. Where influencers have played the role of the micro-celebrity, with Instagram feeds full of paid sponsorships, product placement and highly edited pictures, today’s content creators take on a much more authentic approach, curating personal content for niche audiences. Instead of profits being primarily driven by branded advertising and data collection, the creator economy offers a greater level of independence to creators who can be directly paid by viewers and subscribers for their niche offering.[1]

Clubhouse, Twitch and of course TikTok are among those media leading the way in enabling this emerging economy, providing the platforms for autonomously-run creation communities to grow. For those of us slightly removed from the universe of these apps, many view the creator economy as the gig economy of social media.[2] Similar to Uber drivers, TikTok creators are simply connected to potential viewers by the app, and then have the autonomy to direct and develop their business according to their own interests and audience.

Apps such as these are at the frontier of this economy with more traditional platforms scrambling to keep up with these new forms of monetisation. Snapchat, YouTube and Pinterest are among those releasing ‘creator funds’, where content creators can apply to receive funding from the platform.[3] This comes alongside re-engineered media feeds that attempt to mimic TikTok’s addictive and endless short videos, including Instagram Reels, Snapchat Spotlight and YouTube Shorts. These versions of a media feed give the stage to the creators to show off short, snappy and unique content.

In a telling sign of the significance of this new economy, Facebook recently caved to the trends with an announcement pledging $1 billion to creators who use its platforms.[4] With $1.3 billion already being invested in creators in the first half of 2021,[5] Facebook’s recent pledge marks the skyrocketing trajectory of this emerging economy.

Despite the vast sums of investment and the dozens of apps jumping on the bandwagon, this new economy does not come without its disadvantages. From the perspective of creators, making any real money from content creation continues to be a significant challenge. Across the majority of platforms, it is the top few percent of creators that make the big money, while the rest are left with less than the minimum wage.[6] Just like the gig economy, the industry is defined by precarious work, impossible competition and little return on large amounts of labour. In exchange for relatively high autonomy and ownership over the majority of their products, creators forfeit the rights and protections that traditional employees would be entitled to.[7] Despite the benefits of democratisation, the sheer number of creators and curators makes standing out or gaining a significant following almost impossible for the majority.

The emergence of the creator industry can largely be attributed to its most significant group of contributors: Gen Z. A generation defined by their pursuit of autonomy, their prioritisation of authenticity and their full immersion in the online world, this group constitutes a significant portion of the creator economy. While previous generations engaged with content by liking and commenting, Gen Z is committed to co-creating and curating material, evident in the viral dances, remixed music and collaborative videos that have dominated TikTok in the last year.

When you consider some of the qualities that characterise this generation – originality, self-deprecation, egalitarianism – it is not difficult to see how an economy driven by the creative endeavours of everyday individuals has developed so dramatically.

For brands that are looking to last the distance, engaging in this economy and appealing to this generation is essential. At a fundamental level, the creator economy and Gen Z will favour brands that are about more than their own profits. Audiences on social platforms are looking for businesses to meet their needs and will quickly disregard those that present no value offering. Products and profits that help to solve the social, environmental and economic issues that their customers are concerned with will likely thrive in the current context.

However, to make a name for yourself within such a competitive and saturated market of creators, it is likely that your business’s marketing will need a serious rethink. The very name, ‘the creator economy’, hints at the kind of branding that is necessary – it needs to be creative. Depending on old sales tactics and marketing methods simply will not do within a context that is so focussed on originality and creative thinking. Many of these Gen Z-driven trends are centred around ironic and self-deprecating humour, so marketing your brand in a way that is funny, snappy and self-effacing will win many hearts.

In many cases, jumping on the bandwagons of TikTok trends does the trick on its own. This is exactly what the American apple juice maker Martinelli’s did when Gen Zs started posting videos of them biting into the plastic bottles to see if it really did sound like biting into an apple. In response to their now viral brand and their skyrocketing sales, Martinelli’s responded by posting on Twitter, ‘While we don’t condone biting into plastic, we are happy to see everyone enjoying our products. Have you tried the juice inside? It’s even better than the bottle.’[8] Businesses like this that are willing to join in on the creative action, collaboration and fun project the kind of originality and authenticity that young people are looking for.

The creator economy and the generation that accompanies it have well and truly arrived. Social media is already feeling the effects of this new wave of autonomous monetisation, creative branding and niche marketing. Businesses can’t ignore the demands of the creator economy and those that are set to last will follow the footsteps of our traditional social media giants and evolve with the times.