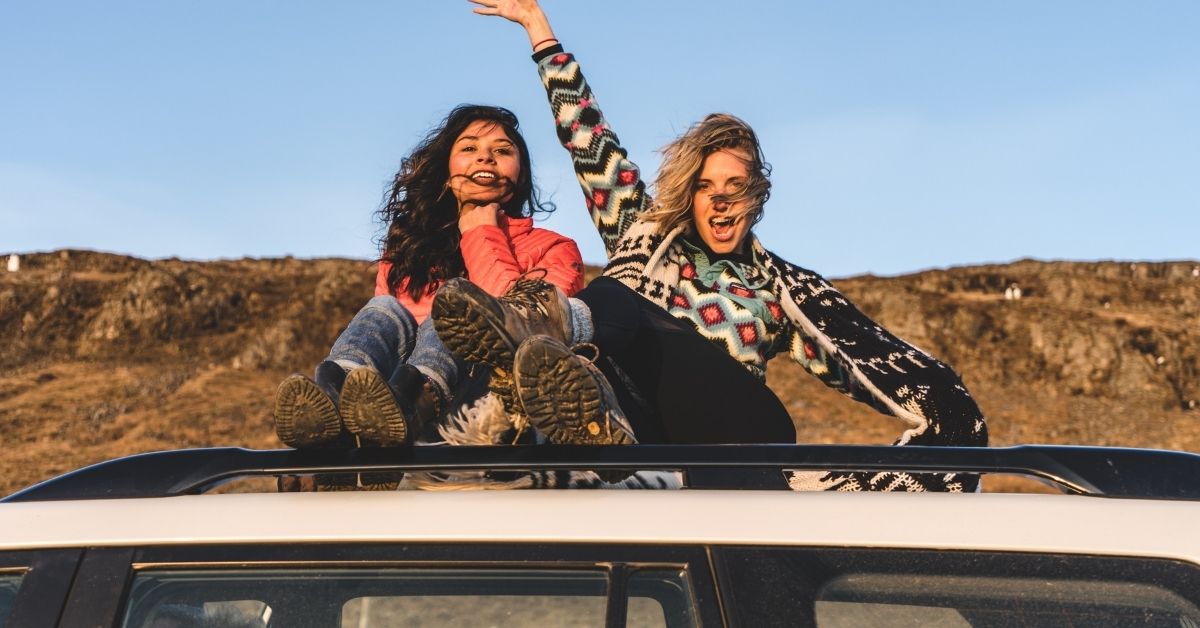 If the pandemic has been good for anything, it’s been good for my local park. During the first lockdown, kids made a line of hand-painted rocks that snaked for yards and yards. Fairy houses with tiny doors, windows and picket fences appeared at the base of tree trunks, and recently a community library was set up. Thanks to the ingenuity of locals, the park has never been so alive!

Last week I discovered the epitome of these creative efforts. Following a dirt path into a cluster of trees, I found a hidden playground. Inside, a ladder made of sticks led up to a lookout, while a loop of rope around a pole made a zip wire between branches. Further in I found swings made from old wooden cable drums, a homemade cargo net to climb, and even a suspension bridge between trees. Such a magical world from just a few nails and string! Someone had turned a difficult lockdown into an adventure.

Adventure. Now there’s something I’ve missed. Whether flying to a new city or trekking a faraway path, I’ve missed that chasing of the sun towards a new horizon. In his classic book The Adventure of Living, Swiss psychiatrist Paul Tournier said the spirit of adventure lies in the soul of humanity, and is the impulse behind all our inventions, whether of jazz, vaccines, pop art or space stations. He believed this adventurous impulse comes from us being made in God’s image. Just as God ventured to create new worlds and forge new paths in history, just as he took the risk of making humans free to love him or not, and sets out to rescue us when we don’t, so within us too is a drive to create new things, forge new paths and pursue the adventurous.

How to Have an Adventure

According to Tournier, the best adventure has four qualities (writing in the 1960s, his use of ‘man’ and ‘mankind’ includes both sexes):

1. It should be personal, expressing our individuality

Just as God “manifests himself in creation, in all his acts, in all his interventions,” so we express ourselves in our adventures, Tournier says. In fact, us humans have a ‘vital’ need to express ourselves through speech, gestures, laughter, even tears, and especially through the talents we’ve been endowed with. Expressing our abilities brings joy, like “the joy of the scientist who manifests his genius in his discoveries; the joy of the artist who reveals his vision of the world in a masterpiece; the joy of the industrialist who manifests his power to work in the extension of his undertaking.” Our adventures are avenues of vital self-expression.

2. It should be innovative, bringing something fresh into the world

“I have no need to point out how conspicuous this characteristic is in the case of the divine adventure of creation!” Tournier says. “But what I must emphasise is the insistence of the Bible on the abundance, the prodigious diversity, the fantastic ingenuity of divine inventiveness in the nature God created.” And since God never copies himself, always bringing new and unexpected things forth, “this is what happens to our lives too, if we submit them to him.”

3. It should be purposeful, with love as its motivation

Adventures should have clear purpose if they’re to be meaningful and withstand the obstacles that inevitably lie ahead. And the secret to such purpose is love. “The instinct of adventure,” Tournier says, “is in fact, I believe, an instinct of love, a need to give himself, to dedicate himself, to pursue a worthwhile goal, accepting every sacrifice in order to attain it. This is the source of the joy of adventure, the joy of doing something, and of doing it for someone – for God who has called him to do it, if he is a believer, and in any case for mankind, to procure for mankind the benefits he is striving for.”

4. It should involve risk, which makes the adventure real

While our adventures are naturally driven by the anticipated joy of success, Tournier notes “we cannot take part in any adventure without running the risk of failing in it, but it is just this that gives it what we call the ‘spice’ of adventure.” If there’s no real risk of failure, is it really an adventure in the first place?

Whether it’s building a secret playground or trekking faraway paths or renovating a house or starting a side business, whether it’s writing a book or launching a new mission or exploring new forms of prayer or rekindling a marriage that’s grown distant, adventures of all kinds keep our heart beating. As tulips start to bloom after our long, dark winter and the sun begins to shine, here’s to us climbing some trees and dreaming together. Here’s to you and me setting off on some new adventures.