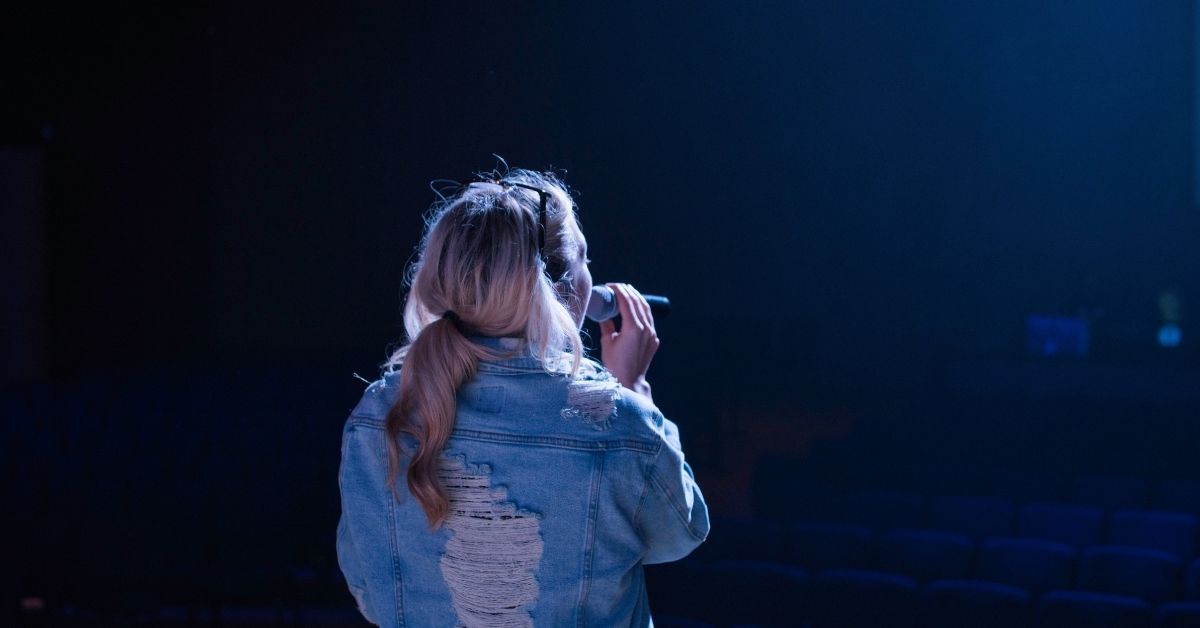 As a devout 12-year-old Christian, I remember thinking the Vicar of Dibley was a woman in sin. How could a woman be clergy? I used to change the channel as soon as the show came on, rolling my eyes at the sacrilege being acted out.

I have no idea how I developed such a strong objection to women in pastoral ministry. It must have been something I unconsciously absorbed along the way and then just never thought to question. I couldn’t give you any scriptural references at all to support my view. I was actually a pretty biblically illiterate young person.

As a young adult, I moved from the country and joined a very conservative Baptist church. This (beautiful, warm) church was like the mothership of conservativism and in this environment, I never thought to question any of the ecclesiastical beliefs I’d previously imbibed. I thought the head of the family was the man, and that the head of the church, under Christ, were men. If men led well in the church, they modeled to men how to lead well in the home. It made sense to me.

Except for a few niggling things…

I was a good speaker. I’d always been invited to give community speeches at Australia Day celebrations, community Easter gatherings, to talk to the local Lions Club or at school assemblies. I sometimes wondered how it was that I could stand in front of my English class and crack open the awe and wonder of a beautiful novel, and that God had clearly gifted me to teach, but that I couldn’t teach the Bible. I always thought there must be some mystical element to preaching that only men could access. I felt a little sad that it wasn’t available to women also, but I put that down to some selfish desire to be the centre of attention and to give a good speech. I always did love the microphone.

Another niggle was that I was clearly gifted for leadership. Despite thinking he should, it just didn’t work out practically that Leigh would lead me. In eighteen years I can’t think of a single decision where we have not made a leadership decision together. It just hasn’t come up that one would have to rule over the other.

At church one morning I was invited to give a little mother’s day chat before the sermon. After the service, an elderly lady came over and gave me a little hug. She said to me, “I think I’m looking at our first female pastor.” My sister Liz was there and she said she got goosebumps all over when she spoke those words.

I taught in a Baptist secondary school that was very affirming of women in all leadership positions. Our Principal was a wonderful woman, my Head of Department was a wonderful woman, the Deputy was an amazing egalitarian man who was not threatened by capable women in the slightest. I was quickly promoted and given many opportunities to thrive. Students made faith commitments in my Christian Ed classes. When I stopped teaching to have children I asked if I could serve at church, the only thing that could be found for me to do was filing.

Small things started to change in my church. I pioneered a few firsts for women in that space. I led worship in the morning and it went well. No one threw any stones. I led communion and it went well. I did the things I was allowed to do (hosting, bible reading, praying) and I did them to the best of my ability.

I went to a Combined Baptist service to witness my (male) friend being accredited as a pastor. A woman stepped up to give an offering talk, introducing herself as the Senior Pastor of a Baptist church near me. It was as though a unicorn had trotted up to the mic! I did not know such a thing existed!

Not long after I was praying in my room, asking God to give me greater direction about the course of my life. I sensed that I was not meant to be a teacher anymore. That perhaps God had a new plan. I got really quiet and listened and I heard God tell me to go to the city on the train. The next day I went, having no clue why. Long story short is that I met and had coffee with a stranger who had a message from God. He told me that he was going to use me to teach the Word of God to the next generations. He said if I was obedient and discerning he would use me mightily.

At this point, I was still not convinced that women were even allowed to teach the Bible to men. I don’t think I’d actually seen a woman do it. My sisters were preparing to be missionaries, but that was different somehow- it seemed acceptable to teach men outside your own cultural context (?)

I enrolled at Vose Seminary, the Baptist Bible college my sisters attended. By reading everything I could get my hands on, from John Piper to Nancy Beach, I grew confident that scripture encourages and commissions both men and women to be teachers and pastors in the local church, according to gifting, with full equality in the home, church, and workplace.

For some people, this is a boring conversation they are sick of having. They are frustrated and annoyed that we are still even having it. For those people, I encourage you to just keep doing what you’re doing, always making spaces in the places of influence you have for women to lead alongside you and learn from you. I am grateful for the many men and women who have done that for me.

About the Author: Yvette Cherry is a pastor, and the National Director of Australian Baptist Women. She is married to Leigh and together they have four daughters.