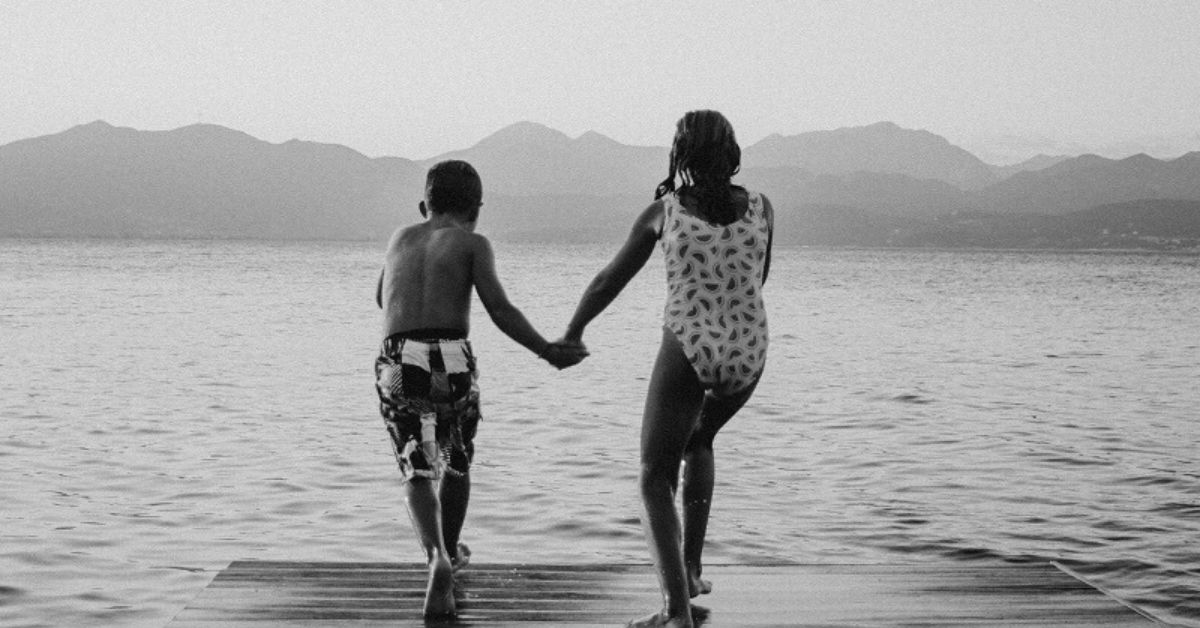 Doubt and fear seem to be intrinsically woven into the hearts of some children. Their worries and anxieties cause them to shrink, lean out, and avoid. Sometimes, as parents, we fail to recognise that fear responses are normal, healthy, and to be expected.

Other children harbour some uncertainty and respond fearfully at times. Few children are fearless.

For our young children fears revolve around things like thunderstorms, monsters under the bed, dogs, and the dark. For older children it could be fear of people or crowds, going on school camp, attending school, or it could be the ocean or the big scary roller-coaster at the theme park.

But how do parents respond to their children’s worries and fears? How do we help our children to ‘get over’ those fears?

With the best intentions, many parents accidentally attempt to assist in less helpful ways. Some try a sink or swim, “toughen up princess” approach. For example, if your child is afraid of the dark, it’s saying ‘there’s nothing under the bed!’ as we shut off the lights and walk away. Others might be encouraging, but dismissive. “You’ll be right.”

At times we become autobiographical. “I used to be scared too. But I pushed through it. And look, I’m not afraid. You have nothing to worry about.” Or we command them to do it how we do it now. But this communication is dismissive.

At times we might even be disapproving. We threaten, “If you keep it up I’ll make you do it.” We threaten punishments. We vent, “I’m sick of this. It’s been going on and on and you just don’t seem to get over it.” Our lectures (“I’ve told you again and again”) and our judgment (“Stop being such a little girl” – to our 7 year-old boy) undermine our relationship and our child’s ability to overcome their fears too.

Now and then, some parents – again, well-intentioned – unwittingly push their children over the edge in an effort to show them their fear is irrational and unwarranted, and to teach them to be resilient.

But forcing children towards those fears, even to show them there’s ‘nothing to be afraid of’ just doesn’t work. Force creates resistance. Here’s what we should do instead:

I once saw a viral video of a dad pushing his son over the edge of a skate ramp. It didn’t end well. I understand what he was trying to do – teach his son that there was nothing to be afraid of. But he was literally pushing him over the edge.

Instead, take it slow. Gradual exposure while moving at the child’s pace is best. When anyone is placed in a situation where they’re afraid, their fight or flight response is triggered.  But the level of anxiety from that response will be more or less depending on how imminent the fear trigger is.

So, if your child is afraid of going to swimming lessons, don’t force them into the pool. Try being in the pool with them. Take it slow. Help them get used to the environment, the teacher, the water, and the structures. Your child’s anxiety will go down as the body learns to put the brakes on the fight or flight response.

Allow them to express their fear without recrimination

Sometimes our children are afraid of ridiculous things, or things that we see as ridiculous. The long and the short of it is, it’s not up to you. If they’re afraid of something, honour that. Never punish your child because they backed away from an encounter or won’t face something they’re scared off. Yes, even if you’ve waited in the queue for the roller coaster for over an hour.

Now is the time to get curious, not furious. We need to explore what has triggered the fear and try to understand, rather than reprimand. Remember, your child is not being difficult or defiant. The child is simply overwhelmed and needs your support to get through the anxiety.

Allow your child to choose to walk away

Always allow your child a way out if they are afraid. Never force them to do something they are afraid of. Rather than ‘exposing’ them so they become less afraid (as many hope), force will lead to resistance. Your child will become less willing to give it a try the next time if they were forced the previous time.

Though we don’t want to force our children into doing anything, it’s great to encourage bravery. Sometimes in life we need to be brave and face situations that aren’t easy. Teaching them to face struggles will give them the best chance at long-term happiness.

Remind them that being brave doesn’t mean not being scared. It means being scared but doing it anyway. When the child is ready to face his fear, be a great cheerleader. Tell them, ‘I know you can do it!’ But always make it clear that you won’t pressure them into doing anything they aren’t ready to do.

And talk, often, about doing hard things. Ask them, each night at the dinner table, what they did today that was hard, or scary, or required courage.

Sometimes we won’t understand why our children are afraid. But those fears are very real to the child experiencing them. Minimising those fears is not helpful for the child. Instead, say ‘I see that you’re scared. That’s OK. I get scared sometimes, too.’

Validating your children’s fears help them feel less alone in the experience and go much farther to helping them keep those fears in perspective.

Lastly, some children are deeply afraid of going to school. In fact, by the end of the weekend your child may be in tears because “tomorrow I don’t want to go back to school!” If this is the case, be kind and compassionate. Understand. And arrange an appointment to talk with the teacher or principal. In genuine cases of school refusal, these tips are just the beginning. A whole-team of people may be required to help your child overcome these fears and move towards a positive experience overcoming their fear.