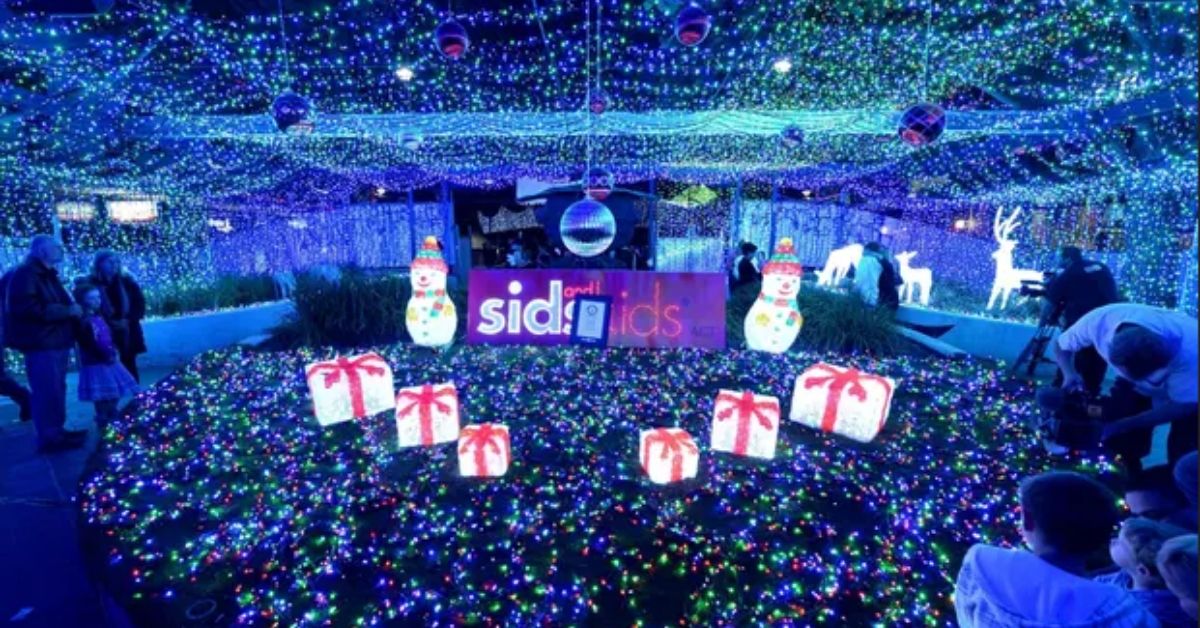 Christmas seems like such a long time away, but we’re officially in the second half of 2020! As we wonder what the rest of the year will look like and how different the next festive season could be, we thought we’d give you a nice healthy dose of festive spirit!

So we’d like to bring to your attention the fact that Australia is the world record holder of the Largest Christmas Light display!

In 2014, David Richards, hung over 1.2 MILLION bulbs across a downtown Canberra Mall. Richards was accompanied by an army of volunteers to create a Christmas light display that used over 120 kilometres of lights!

He beat his own record from the previous year in which he decorated his own home with 502,165 bulbs. The spectacle drew over 75,000 visitors that year and caused such a traffic headache that he said “[I] couldn’t do it again to my neighbours or my family,” when explaining the move to the city centre.

Now if you’re thinking “what about the power bill!?”, the necessary electricity was donated by a local power company to support Richards’ cause as Richards wasn’t only creating these marvels for a bit of fun, but also to raise money for SIDS. Richards has raised hundreds of thousands of dollars for the children’s charity.

Article supplied with thanks to 98five.