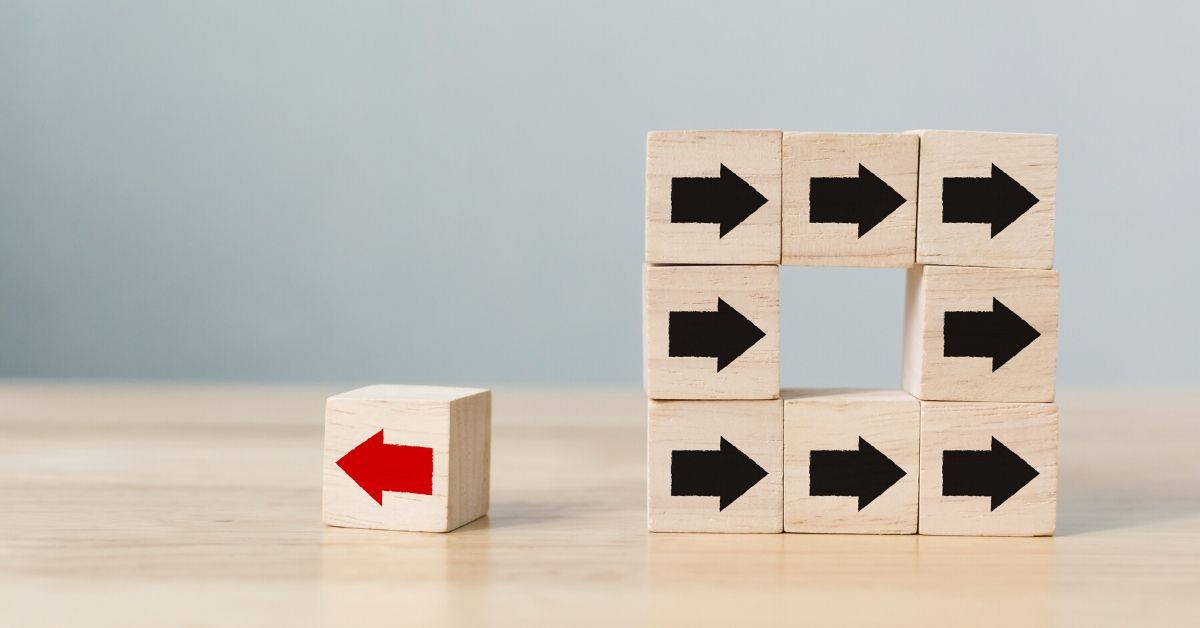 According to one of my favourite talk show hosts, Dave Rubin, there’s a bravery deficit across the western world.

In a recent video, Rubin argues:

There’s a mass affliction spreading throughout the Western world. It’s called… the Bravery Deficit. People—good people like you — are afraid to say what they think.

Believe that men can’t give birth? Congrats, you’re a transphobe…Take the “wrong” side of any hot-button issue and your reputation, your friends, and your job can all be lost in an instant. You will likely never get a chance to confront your accusers, most of whom are anonymous. And, you may feel forced to issue a faux apology to save yourself. (Which, by the way, it usually won’t.)

If you’re a Christian (or conservative in some way), chances are you can relate to what Rubin is saying.

There is increasing pressure to remain silent on issues where the Bible has a different view to wider culture. The proverbial Overton window is narrowing, to the point of slamming on our fingers.

But is remaining a silent a problem?

Should We Care About this Bravery Deficit?

Does it matter if there’s a bravery deficit?

Is it a problem if increasing numbers of people are cowed into silence by political correctness? Why not just go with the cultural flow, and remain silent on controversial issues? Why risk stirring up trouble, and the twitter mob?

While there is wisdom in remaining silent in certain situations (e.g. not throwing pearls to swine), silence is not always golden:

First, when it comes to certain issues – especially around LGBTI political causes – silence is not always enough to escape harassment. Many vocal pro-LGBTI voices are demanding affirmation of their views.

Take the ‘wear it purple days’ in workplaces, where employees in many workplaces are encouraged to wear purple clothing in support of LGBTI people. In growing numbers of workplaces, if you refrain from wearing purple because of conscience, the HR department comes knocking. And you can be sure it won’t be positive for your future in that workplace.

Second, if we remain silent now, it will only get harder to speak up in the future. Right now, freedom of speech exists within Australia (even if it is fragile). We can still push-back on bad ideas. We can challenge the government and company policy. Sure, it’s easier for some people to speak up than for others. But for most of us, it’s still possible. And if we keep speaking up now, we’ll make it easier to speak up into the future (not to mention giving space for others to speak up as well).

Third, if we don’t speak up now and defend the implications of the gospel (e.g. a Christian view of humanity), it won’t be long before speaking the gospel itself will come under pressure.

Just look at Israel Folau. Yes, his Instagram post was perhaps less clear about the gospel, and less sensitive than we would have liked. But he didn’t get sacked because he was unclear and insensitive. He got sacked because he said that people go to hell.

Fourth, if we don’t speak up, bad ideas go unchallenged, and our neighbours will suffer. Right now, many secular elites reject the Christian worldview, adopting other worldviews (e.g. Critical Theory). This leads to harmful ideas: from gender fluidity to pro-abortion laws.

But if we don’t publicly challenge these laws – and have a conversation about the underlying worldviews – they’re more likely to come into effect. And harm not just Christians, but our non-Christian neighbours as well.

As former Deputy PM John Anderson points out: you cannot get good policy from a bad public debate.

Of course, speaking up about controversial issues in the face of political and cultural pressure is costly. But remaining silent can take us down a totalitarian path. As theologian Oliver O’Donovan points out:

Behind many a story of tyranny lies collusion between oppressor and oppressed, a community that prefers to accept a shrunken public realm rather than paying the price of discerning and articulating complex truths in public. [1]

But if we do speak up, and challenge bad ideas, then bad ideas are less likely to influence our society. And we’ll also keep space for public gospel proclamation.

In other words, we should care about the Bravery Deficit.

So what should we do about it?

Thankfully, Rubin has some advice.

What Should We Do About the Bravery Deficit?

Rubin offers two bits of advice to push back against this culture of silence:

1) Think for yourself.
2) Say your thoughts out loud.

The point is, perhaps your most important job as a human being is to stand up for the things you believe in. Don’t take the path of least resistance. Be better than those who would silence you… de-platform you… and mob you. How? Just… stop… being… afraid.

This is good advice as far as it goes.

If more people would speak up and push back against the intimidation of the progressive Left, there would be more room for debate…which would lead to bad ideas getting challenged. (And thus be better for society as a whole).

But I can’t help thinking: it’s not easy to stand against the crowd.

And if I was a non-Christian, with a mortgage and a family to feed, would I want to risk my job by speaking up (especially in this economy)?

Rubin’s secular response is good, but it’s not enough. Which is why we should turn to the Bible.

The Bible’s Answer to the Bravery Deficit

Secular advice like Rubin’s may help alleviate the bravery deficit by giving courage to some people – especially if they see others speaking up.

But most of us need more help. And if you’re a Christian, such help is at hand:

The Creator of the Heavens and the Earth is with each of us who have bowed the knee to Him as King. As our King, He promises to bring us home safely into His eternal Kingdom, come what may in this lifetime:

If God is for us, who can be against us?… For I am convinced that neither death nor life, neither angels nor demons, neither the present nor the future, nor any powers, neither height nor depth, nor anything else in all creation, will be able to separate us from the love of God that is in Christ Jesus our Lord. – Rom 8:31b, 38-39

Instead of measuring the size of our strength against those who oppose us, let’s remember that God is the one on our side, caring for us whatever our secular society throws at us.

That’s real help for those us afraid to speak up. That’s a recipe for decreasing the bravery deficit: a deficit that threatens the well-being of our society.