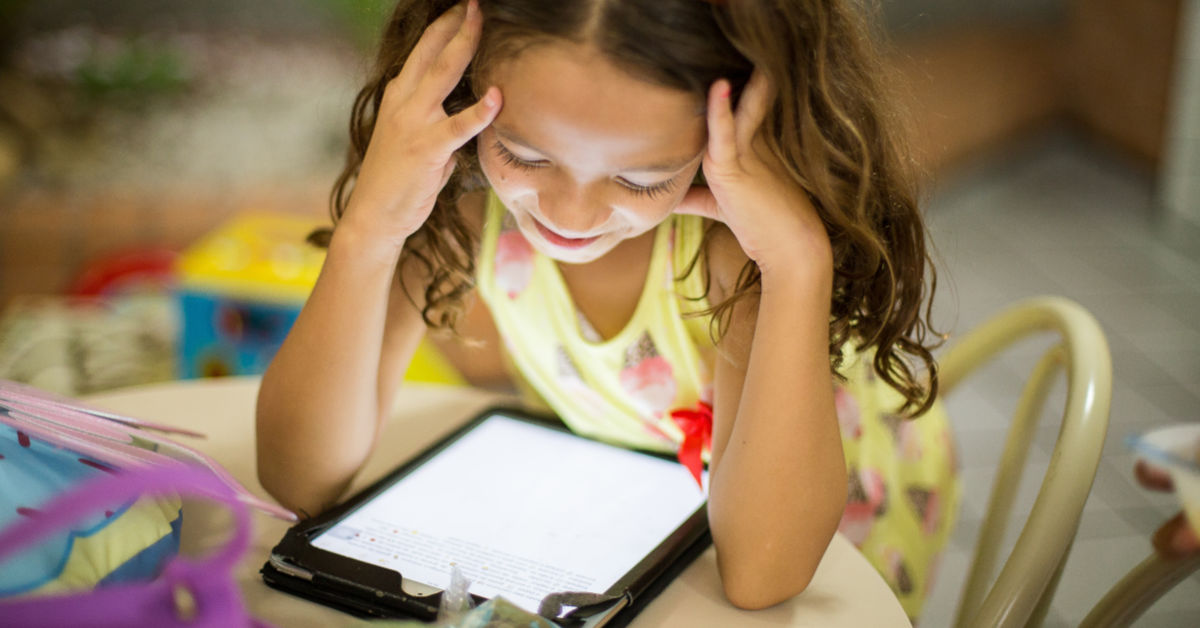 “Excess screen time has reduced our attention span to eight seconds, one less than that of a goldfish.”

That’s a direct quote from the July 2019 International Congress of the Royal College of Psychiatrists held in London. Other gems included commentary on how social media is “depleting our neurotransmitter deposits.” (Deposits of what? I don’t actually think that’s a thing.) And addiction to Fortnite is a real disorder according to this group of people – all well educated, and most of them working with people who struggle with screens.

The trouble is that these ideas are not supported by a shred of credible evidence. Yet the hysteria around screens is climaxing. The narrative that smartphones, social media, and games are destructive has only escalated as digital life has proliferated.

Unfortunately this clamour is confusing scientists, psychiatrists, psychologists, and other researchers. And it’s also leading to confusion for parents, teachers, and those who work with young people.

How do we make sense of it all? And what is the common-sense solution for each of us moving forward?

The dominant view, for several years now, has strong support from some of the most credible researchers in the business. That is, as screen time goes up wellbeing goes down. The evidence exists. There are a number of high quality research projects (and excellent researchers) who stand behind this claim.

But recent investigation from Oxford University’s Andrew Przybylski (pronounced: Shuh-bill-ski) – a top bloke and all-round brilliant researcher – and his colleague, Amy Orben, brings this into question. Andy states that “while it is true that some research suggests that young people who report higher social media use show slightly lower levels of wellbeing, most of these findings are unreliable and their conclusions might amount to little more than statistical noise.”

In a recent landmark study, based on a sample of more than 10,000 preteens and teens, Przybylski found that in more than 50% of the statistical models tested screen time had no obvious effect on the wellbeing of teens at all. In the other half, there were very small trends over time. But even in that half, the effect was less than 0.4%, meaning hardly there.

There are claims and counter-claims. Andy’s doing the wrong stats. Jean’s got the wrong methodology. What is clear is that the science is not settled and anyone who tells you different is trying to sell you something (for Trainspotters, that’s The Princess Bride).

Does that mean we can let our kids do whatever they want when it comes to screens? Well, no. Screens can interfere with our ability to function, with our health and sleep, our ability to get important things done, and our positive relationships.

But it’s time to move beyond the conversation about ‘screen time’ and talk instead about the interplay between technology and wellbeing.

Here are five better conversations to have about screens with your kids.

Screens are not always bad. There’s a strong argument that they support relationships, learning, entertainment, opportunities to help others, and more – depending on how you use them.

It’s worth beginning any conversation about screens with a discussion of how they’re making life better.

2. Talk about what type, not how much

The national psychological and psychiatric organisations from most countries have decided that screen-time limits should be encouraged. This is valuable but insufficient. Speaking about screen time is like speaking about “food time” or “book time”. No one ever says, “How much food time have you had?”

Data seems to show that there is a “Goldilocks effect” where too little or too much screen time has a small impact on wellbeing. But it may be smaller than we previously thought.

A more productive conversation is to talk about what kids are doing on their screens rather than how long they’re staring at pixels.

Dangerous online content can impact mental health. Promotion of self-harming or suicide, the glorification of eating disorders, cyber-bullying, harassment and pornographic imagery, are just some of the things our kids are exploring online. What type of screen time matters more than how much.

This is a fancy way of saying that screens are taking up the space we could allocate to other things that are often more important. Snapstreaks, pings from text messages and the constant need to know what is going on can be terribly distracting. Is there something else your child could be doing right now that would have a more positive impact in their life?

If they have played, been face-to-face with someone, done their chores, read a book, and made other positive choices, then screen time is not displacing other important opportunities. Let them go for their life.

Talk to your kids about how to manage screen distractions in different environments. What do they do at school or work? How do they use their phone in social settings? Talk about how they can manage their time when they are meant to be doing homework or focusing on other tasks.

Helping them put their own boundaries in place when they need to manage online distractions gives a feeling of autonomy. And they’re more likely to abide by their own rules.

But there are still times that we should insist be screen free. Family meal time and in bed are prime candidates.

Screens degrade the quality for our relationships. A mountain of research has shown how important family relationships (and the parent-child) relationship is for resilience and wellbeing.

Talk to your kids about how much you value time spent together without devices and how good it is for everyone’s happiness.

We must teach our children how to be safe online. This includes ideas about privacy, permanency, identity and trolling.

Privacy. Our kids need to understand that what goes online can be seen by anyone, anywhere. It can be viewed by friends, family and strangers. The internet is not private.

Permanency. Once something is online, it can stay there for a really long time – possibly forever. This includes posts or photos that have since been deleted.

Identity. People are not always who they say they are online. Teach your children that unless they know the person in real life, they need to be wary. Anybody can be anyone online.

Trolling. Teens sometimes find themselves getting into heated arguments or feeling hurt or angry because of people who are just out to hurt, manipulate or deceive them. Talk to your kids about these people and teach them to think critically about what someone’s motivations.

Right now the data is unclear about how screens are truly impacting our children’s brains and wellbeing. These conversations encourage the good, protect from the bad, and offer autonomy to support our children as they grow increasingly connected.