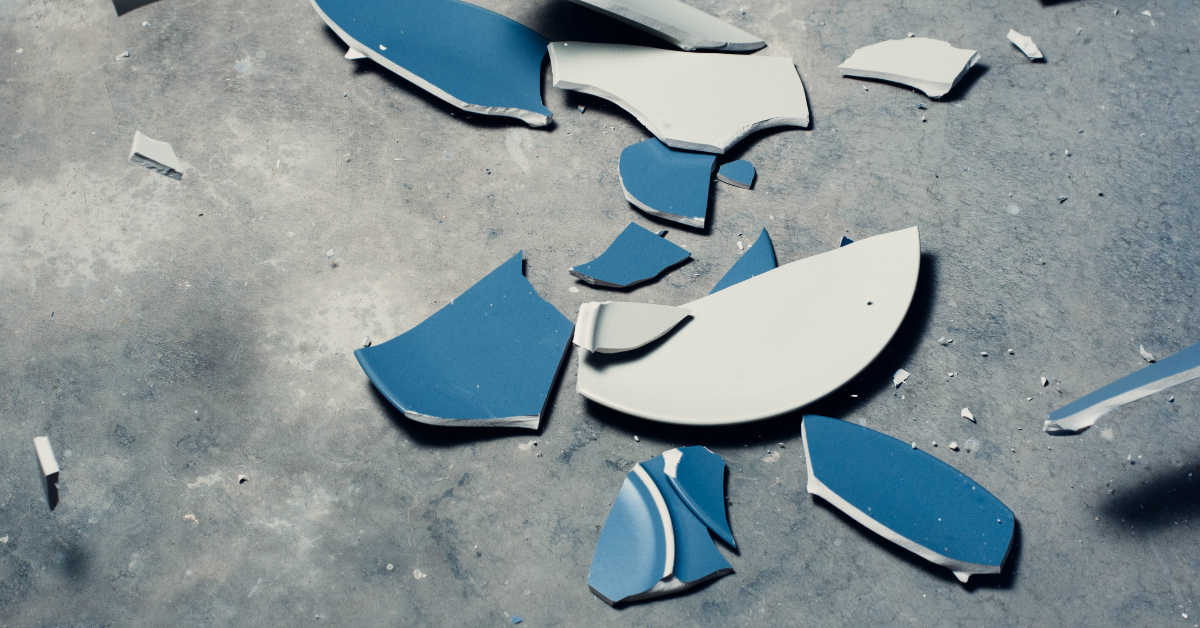 “Success is the ability to go from failure to failure without losing your enthusiasm.” – Winston Churchill

Six hours’ train ride south of Stockholm in the Swedish town of Helsingborg, you will find one of the more interesting museums you’re ever likely to come across. What is most remarkable about this museum is what it celebrates. Inside you will find no exhibits commemorating triumphs of human ingenuity of creativity – rather, you will encounter exhibit after exhibit celebrating, of all things, failure. That’s right, an entire museum dedicated to many of the greatest stuff ups, misfires and train wrecks of human history.

Opening its doors on June 15th 2017, visitors to the Museum of Failure encounter a litany of flops ranging from Harley-Davidson’s ill-fated perfume, to the breathtakingly misogynistic Bic pen “for her,” the Apple Newton and, of course, Google Glass. Far from ridiculing these embarrassing blunders, the Museum of Failure’s director Samuel West wants to celebrate them. A former clinical psychologist with a doctorate in innovation, West knows too well the vital role that that failure plays in coming up with new ideas. And yet, the stigma attached to failure prevents many organisations and individuals from embracing it. “We glorify success so much, but at the expense of demonising failure. And it’s from failure that we learn,” says West.

We live in a culture that is obsessed with success. As someone who spends a lot of my time in the conference world, I can hardly think of an example of a corporate event where a leader took to the stage and celebrated a mistake or failure. Sometimes we skirt close to the theme by talking about ‘learning experiences’ but in reality, modern business culture loves to showcase the success, the triumph and the victory – scarcely acknowledging the failures that were part of the success journey.

Despite our constant talk of the power of failure and the many tired clichés we throw around the subject, we are simply not acting on our knowledge. Particularly in the more public roles of the business world – the publicly listed companies with their shareholder scrutiny, the highly visible and influential C-suite, the keynote speaker stage – there is an overwhelming temptation to hide failures and play it safe.

The problem is, in the disruptive age we’re entering, playing it safe won’t cut it. You may keep your job this year or keep your shareholders happy this quarter, but you may well be doing so at the long-term cost of your relevance and viability.

“If you’re not making mistakes, you’re not working on hard enough problems. And that’s a mistake.” – Frank Wilczek

In preparing to run a workshop with middle managers of a large bank recently, I asked the client what they’d like me to focus on my presentation. When I suggested including a segment on the power of failure, the department leader turned it down, claiming they had heard a lot of the sentiment in recent years. However, when I asked him if employees were acting on their knowledge of the importance of failure, his telling silence and sheepish look made it clear that the leadership verbiage and the grassroots corporate culture weren’t matching up. Aspiration and philosophy weren’t translating into behaviour.

When Alan Mulally stepped into the leadership role of Ford in 2006, he was confronted with a company whose fear of failure had crippled their success. Being the first person outside the Ford family to take the helm of the company, Mulally’s very appointment sent a message that change was on the agenda. That year, the car maker had made a huge loss of $12.7 billion and Mulally recognised that the Ford’s internal culture was largely to blame.

In an effort to address this, Mulally began by establishing a weekly routine of gathering each of his direct reports on Thursdays at 7.00am for what would be called ‘The Business Plan Review’ meeting. For the first of these gatherings, Mulally asked each of his executive team to prepare colour-coded reports: green reports if all was going well in their division, yellow if there were some problems that needed addressing, and red if something was significantly wrong.

Considering the company had just posted a multi-billion-dollar loss, the fact that each executive entered the first meeting proudly carrying a green folder spoke volumes. While you could put this down to these executives wanting to impress their new boss, it pointed to a more dangerous culture within the company. Namely, that failure was shunned, mistakes ignored or blame shifted.

Addressing the issue head on, Mulally said things needed to change. He gave tacit and explicit permission for executives to be honest in the assessment of their division’s performance. Gradually, the colour of the reports began to change. As the leadership culture began to shift, the organisational culture followed.

Moves like this exhibit the boldness and strategic thinking that businesses must embrace if they are serious about their success. The fear of failure cannot prevent it from occurring, but the embrace and encouragement of failure ensures that it will at least be put to some good use. It is easy to let this common and often clichéd sentiment remain mere sentiment, and many businesses find themselves in just this position, but if the uncomfortable, embarrassing failures are to turn into success stories, the courageous actions of embracing them are vital.

Businesses must grow an appetite for their failures, seeking them out, embracing them and even encouraging them, from the often unseen grassroots level, to the very public C-suite.

In the words of one of the favourite mottos of former President of IBM Thomas Watson Jr., known for his wise risk taking and intelligent failure, “If you want to increase your success rate, double your failure rate.”

About the Author: Michael is an award-winning speaker, social researcher and best-selling author.