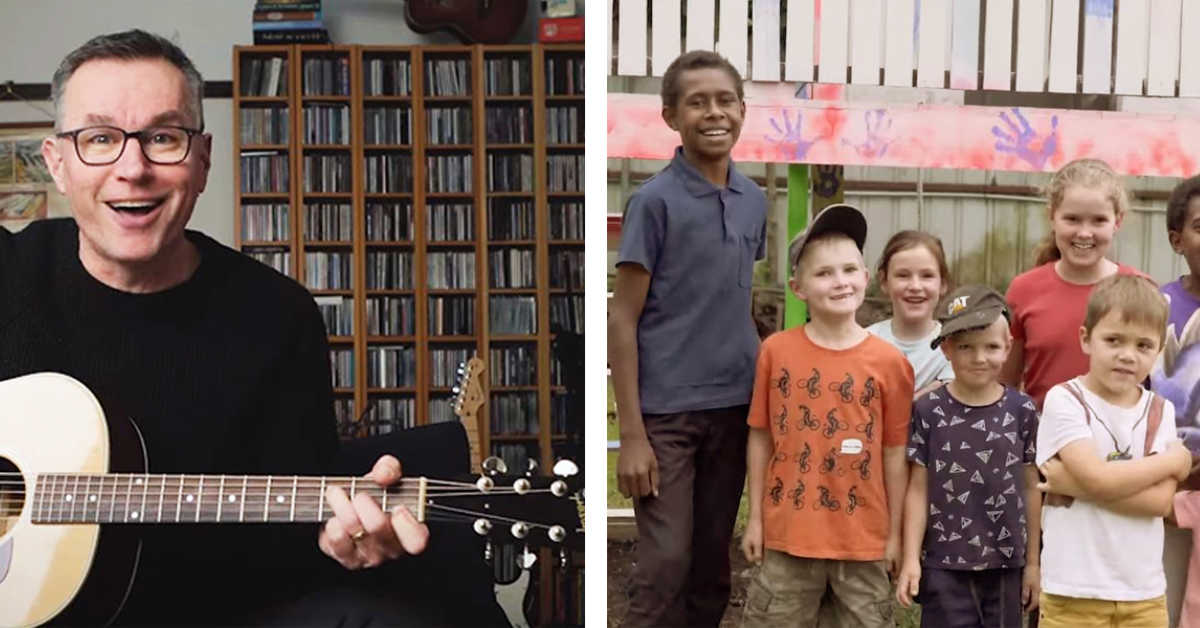 If you’re doing a creative project and you’ve enlisted Colin Buchanan’s help, you can assume it’ll involve plenty of adorable kids, and a fair dose of comedy, too.

That was the outcome when the beloved Aussie singer-songwriter-childrens’ entertainer teamed up with Mission Aviation Fellowship – better known as MAF – to write a song.

MAF – not to be confused with a TV show of similar acronym – is the life-saving Christian charity that uses aircraft to reach remote communities with God’s love. Founded in Australia over 70 years ago, MAF flies in support like health care, disaster relief, education, community development – and the gospel message.

The MAF team is made up of pilots, engineers, techies, teachers, administrators and more, all with a common love for people in remote regions. Using aircraft, they can bypass obstacles like swamps, jungles and mountainous terrain, as well as natural disasters like earthquakes, landslides, floods and fire.

Do you know what it takes to be a “MAF MAN”?

This Father’s Day, join Colin Buchanan, Australia’s premier Christian Children’s Entertainer, and a cast of MAF families from around the world as together we learn just

Click for the FULL VIDEO and contact us at maf@maf.org.au for details on how your church can join hundreds of others churches from around Australia and support MAF this Father’s Day.

Your dad can be a MAF MAN too!

A Song For the Hard-Working Dads of MAF

This year, MAF called on Colin Buchanan to help promote their Father’s Day fundraiser, ‘Fuel for Father’s Day’ – asking supporters to give “a jerry can of fuel”, represented by a $50 donation. The song Colin wrote, MAF Man, is a Father’s Day tribute to the many dads who keep MAF aircraft in the skies.

MAF was formed by Christian pilots from WWII, who wanted to use aircraft for life and hope, instead of death and destruction.

Starring in the video are dozens of “MAF kids”, who are clearly chuffed about the remarkable work their dads (and mums!) do. According to the song, by donating “a can of fuel” as a charitable Father’s Day gift instead of, say, socks and jocks, we can make our dads “MAF Men” too. MAF was formed in 1945 by a group of Christian airforce pilots from Australia, New Zealand, England, American and South Africa. They had all fought in World War II, and now wanted to use retired aircraft to bring life and hope to the world, instead of death and destruction.

It’s now an international organisation with around 140 aircraft serving in over 25 countries worldwide, and partnering with humanitarian aid organisations like World Vision, UNICEF, Save the Children and Samaritan’s Purse – as well as Christian mission groups, and international embassies.