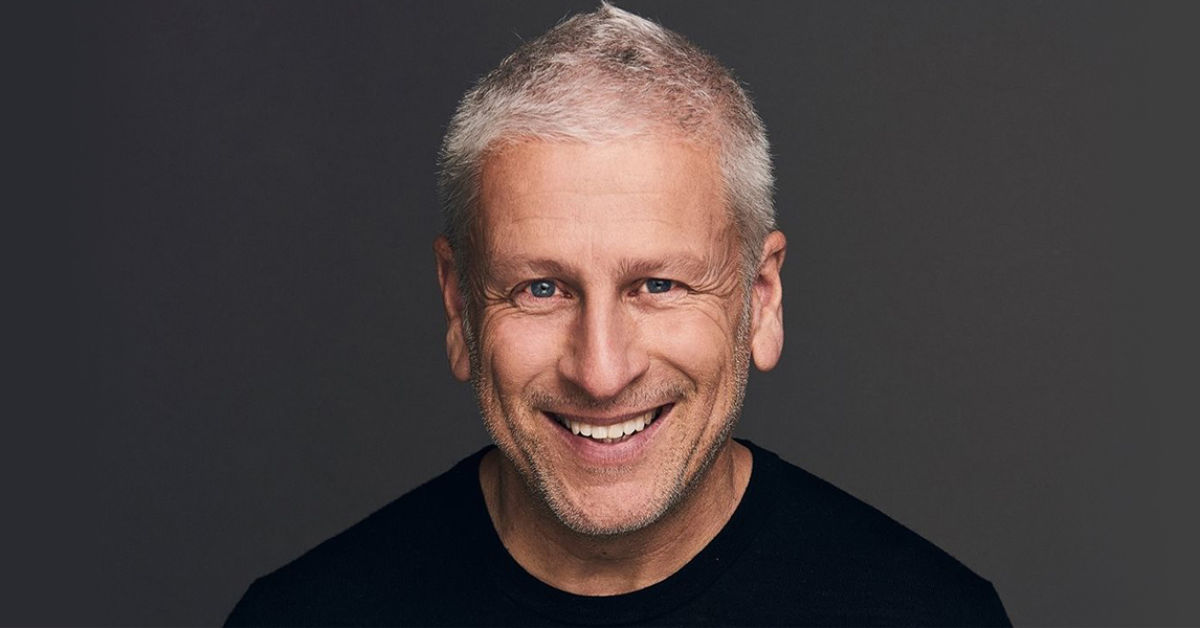 Talking to someone about their relationship with their father isn’t an easy conversation, and not one you have too often. It can be really personal, and bring up tough memories, particularly if it’s a challenging one.

American Pastor and author Louie Giglio believes it’s a conversation we need to have, though.

In his new book Not Forsaken: Finding Freedom as Sons & Daughters of a Perfect Father, Louie pulls apart the layers of thought that we have toward our Dads, and helps us understand how they colour our perception of God. He looks at why God wants to be known as our perfect Father, and how to forgive dads who have fallen short.

“We’re all created by, and for God,” said Louie, “… and so we’ve got to get the picture of who God is, right – and I think the best picture is that He’s a perfect Father; Jesus teaches us that.” It’s no secret that fathers are very powerful in shaping the identity of their children, and giving them confidence in life. Numerous studies link fatherlessness to a variety of social issues, from depression to poor academic performance and experiences of abuse.

The role of fatherhood is one God intended to be modelled from His own example, says Louie, and that’s why it can be so rewarding when we do it well, but so damaging when something goes wrong.

“All of us were wired for this relationship with God, so we have a special connection to our dads. That’s not to say mums aren’t amazing… but when Dad shows up when we’re little, what do little kids say? ‘Daddy watch me!’… and they want to hear that Dad say, ‘Way to go baby girl, well done, ace’.”

Louie says we long for approval and blessing from our fathers from birth.

“If [our] dads give it to us, it can be a step to stand on and move toward what God created us to be. If it’s missing, there’s a gap,” he said. ”But, no matter what our story, God can fill the gap and that’s what this book is all about.”

What Louie Giglio Learnt From His Own Dad’s Experience

Louie’s own father died prematurely, becoming disabled due to an illness later in life. He says a conversation he had with his dad close to the end of his life, explained a lot about their relationship.

“My dad was amazing,” Louie said, “[but] he and I didn’t have common ground around our faith in Jesus [which] was awkward given I was called to preach… We had a lot of ups and downs in our relationship, but he was a great guy.

“At the end of his life, a few years before he died, we were talking in the hospital one day, and he told me that he’d never been loved and he’d never been wanted by his parents… and that [he] didn’t believe God loved [him] or wanted [him] either.

“I could hardly catch my breath, but for the first time I saw my dad not as a father, but as a son. I decided that day I would spend the rest of my life passing the blessing I’ve got form my Heavenly Father, back up the tree to my earthly father who never got one [from his dad].”

“In Not Forsaken Louie talks about how to forgive your dad, and move forward from the pain he caused you to experience.”

For some, it’s hard to imagine wanting to ‘bless’ your dad. Especially if you’re estranged and uncomfortable with the concept of a perfect, loving father in God. In ‘Not Forsaken’ Louie talks about how to forgive your dad, and move forward from the pain he caused you to experience.

“People [have] told me flat out’I will never forgive my dad for what he did to me and my family’,” said Louie. “I get that, it’s real, and you can’t just sweep all that under the rug. And God isn’t asking you to. He’s asking you to focus on the cross, and realise that He doesn’t sweep things under the rug either; He paid for them through the death of His own Son and set us free [though the Cross].

“Living in that forgiveness then, we have a revolutionary power to say, ‘I am not a prisoner to the past. I’m a revolutionary agent of the Gospel of Jesus Christ, to move forward in the power of the Holy Spirit, and I can in fact, forgive, because I’ve been forgiven’.”

“Maybe your dad doesn’t think He needs it, has never asked for it, and won’t even receive it. But the beautiful thing about forgiveness is, we don’t get free when the person accepts our forgiveness, we get free the moment we offer the forgiveness.”