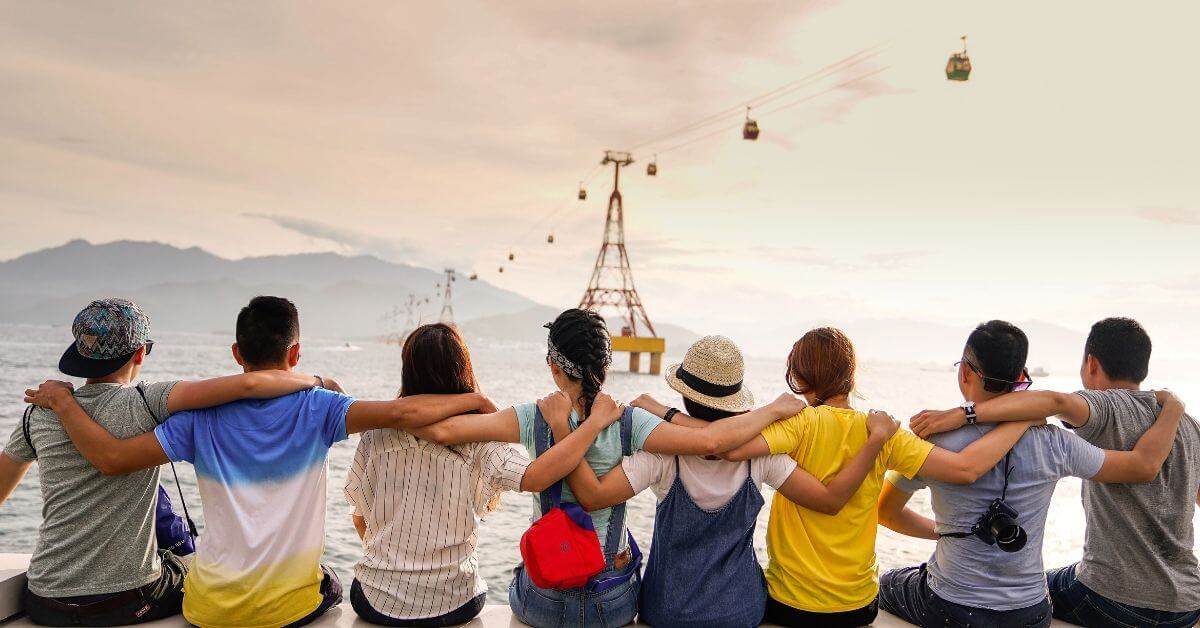 You know that feeling of not belonging? I get that feeling whenever I’m in a crowded room with people I don’t know. But you don’t need to ever feel like you don’t belong ever again!

Did you know that if you’ve chosen Jesus as your Lord and Saviour, you not only belong to him, but you will always belong to him? You will never stop belonging to him, for as long as you accept his friendship.

Think of the worst things that could happen to you. Nothing can separate you from Jesus.

Some people think that every time they sin, they stop belonging to the Lord. Imagine a situation of a man who loves Jesus, but this one morning he wakes up all cranky and annoyed. During breakfast, this man becomes angry at his wife for no good reason, and says some mean and hurtful things to her, and then leaves the house fuming in anger. On the way to work, that man is involved in a motor vehicle accident and is killed. He didn’t even have time to ask God for forgiveness.

The question is: did that man lose his salvation because of a momentary slip-up? Did he stop belonging to the Lord?

Some people would say that yes, he did; he blew it all in a moment! After all, they reason, when we sin, we become separated from God. I call this the “yo-yo” version of salvation: you’re up, you’re down; you’re in, you’re out; you belong, you don’t belong: continually.

Think about what kind of God would oversee that kind of salvation. He would be a cruel, mean, and exacting God. And if “yo-yo salvation” were true, then salvation would necessarily be entirely of works. You either earnt it by the way you consistently lived, or you didn’t.

The results of believing in that kind of God is seen in the lives of many of his followers. These poor people have no certainty of their salvation at all. They always live with the fear that they could be lost in an instant!

The honest and sad reality is that we all sin, not just occasionally, but continually. As James 3:2 (NIV) says: We all stumble in many ways. This is true both of followers of Jesus as it is of non-believers.

God doesn’t cast you out just because you’re having a bad day.

Some people mistakenly think that if you believe to Jesus, you won’t sin. A variation of this idea is that at least you’ll sin less than the next person. That may or may not be true, but the sin was never the determining factor of whether you belong to Jesus or not. The determining factor is who you love (John 13:35; Luke 10:25–28).

God doesn’t cast you out just because you’re having a bad day. The righteousness that Jesus gives you is not momentary; it’s eternal. Your sins are forgiven: past, present, and future. It’s not partial; it’s perfect righteousness. And it’s not conditional on works or on anything else; it’s entirely unconditional. And all these things are true here on this earth for as long as you accept them, and you accept them through faith in Christ.

That’s a special thought: that those who have died still belong to the Lord.

And it that’s the worst that can happen to us, then I am assured that there is nothing in this life that can separate me from Jesus either. You belong to Jesus from the moment you believe, and for as long as you believe.

You need never feel that you don’t belong every again.