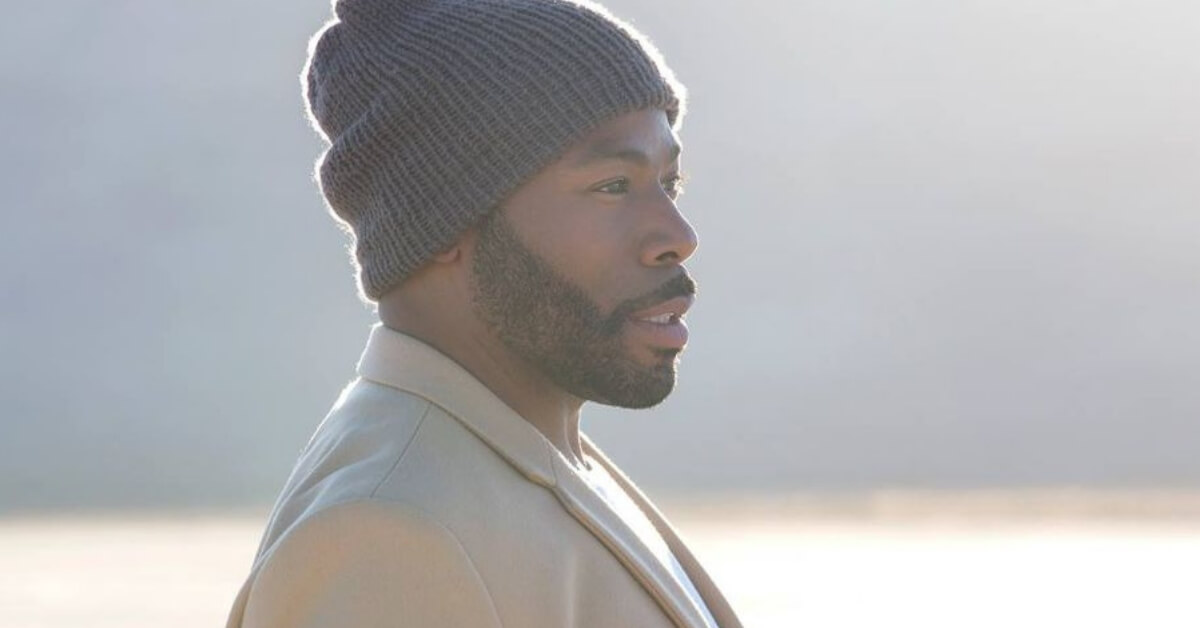 In his new book Unexpected Places though, Anthony shares how his career has taken some unexpected turns into the mainstream world —and how Christina Aguilera inspired his ministry journey.

Originally getting into music simply to give it a go, it wasn’t until Anthony realised the power it had to impact people, that he chose to pursue it full time.

Anthony said, “As I sang around the house my parents were like, ‘Did we miss something with this kid? He has an ability for this’, and then as I started to pursue it I saw it as a great conduit and a great tool by which people’s hearts could be changed… I wanted to be able to use music in the same way a doctor uses medicine, or a lawyer uses law, to bring about righteous and amazing changes in people’s lives.”

Along the way Anthony’s musical pursuit has involved stepping outside of the church and going on the second season of The Voice in America. Now, the series is well known as one of the most successful singing shows in the world but back then it was an unknown entity, and Anthony wasn’t sure it was right for him.

“The first time The Voice asked me to come on,” said Anthony, “it was for the first season and I couldn’t… they were like, ’What?! You’re not going to come on the biggest show in TV?’ I didn’t know what they were talking about but I had to go sing [at] church. I couldn’t just cancel everybody.”

“I thought my [chance] with them was over, but they called back for season two, and when I got on Team Christina [that] changed the trajectory of a lot of things I was doing in my career,” he said. To hear that Christina Aguilera spoke into Anthony’s life surprised some of his fans. Anthony had a reputation for his contribution as a worship leader, and got backlash for branching out into the mainstream arena.

Despite that though, he holds Christina’s advice in high regard.

“She said to me, ’Anthony, when I made my second album I was so scared because I was doing something so different from what everyone expected of me… [But] what you have to understand is, when you start pursuing something that you know is for you it doesn’t matter if everyone else is applauding you at that moment, because what you become is a trailblazer. Continue to walk forward and you will be opening up a path for people behind you, and making a new path for yourself’.”

The ideal of being a ‘trailblazing talent’ is easier said than done though. With Anthony’s newfound platform and opportunities to extend his public persona, there’s always the risk of losing the traits that made him unique, and his desire to remain God-honouring in the process.

“I found that I had to redefine what success was in order to stay true to my calling,” said Anthony. “Sometimes in our [music] industries we define success by what we are accomplishing… [But] we forget to tie it to the most important factor that helps us define success, and that is peace.”

“…Ultimately you can accomplish everything in the world, but you can’t write a cheque for peace,” Anthony said. “I’ve got myself in a position where… if peace leads me through a door then that is where I go. I’ve said no to a couple of things that people [were shocked] by, but it’s because peace was not leading me into that.”

Since Anthony’s time on The Voice he’s released three studio albums (including 2014’s Real Life/Real Worship which became his most commercially successful to date), and can add working with Mariah Carey and CeeLo Green to his resume.

A Broken Engagement, A Journey Through Depression It’s a journey Anthony doesn’t take for granted, and one coloured by a lot of personal growth in the background. In Unexpected Places Anthony opens up about the on-again-off-again relationship he was managing in the wings of his singing career, and how it ended in a failed engagement.

Anthony says that season taught him “two halves don’t make a whole… I was always thinking that in a relationship that the deficiencies that I had could be made up by someone else’s strength. And that is not the case.

“… I went through a depression, and to come out of that I went through major rounds of counselling [and] in that hurt and heartache is actually where I became whole, and realised who I had to become to eventually be good someday for somebody else. I wanted to take ownership of what was going on with me so I could make a change.”

Anthony Evans’ book Unexpected Places is out now, along with his new album Everything Else.