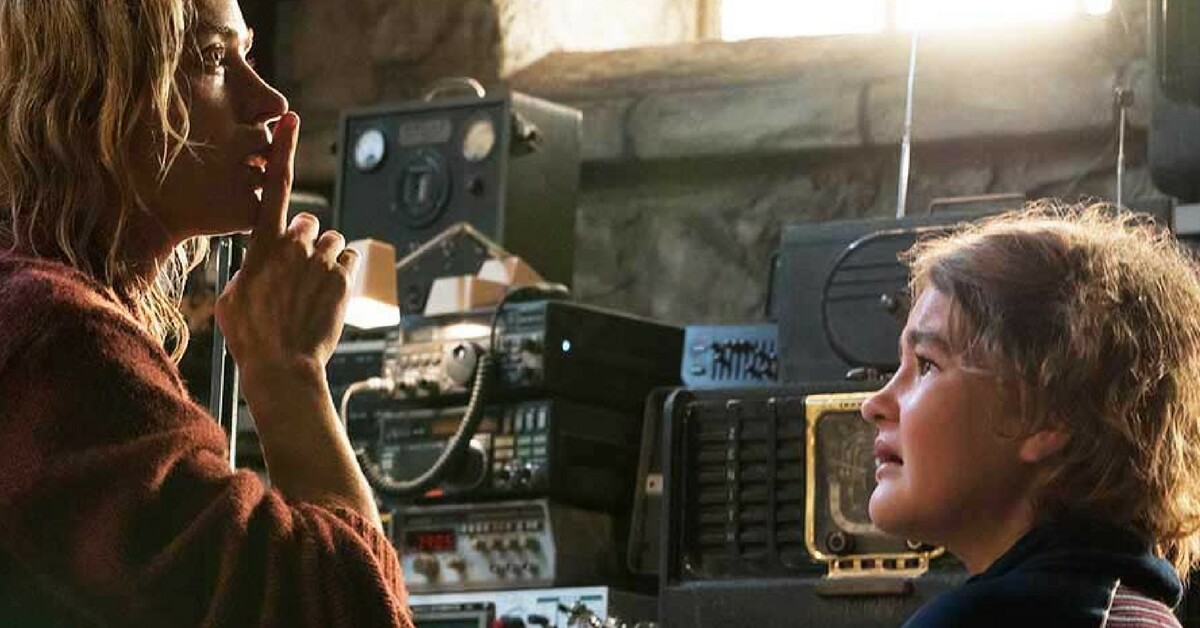 When the new movie ‘A Quiet Place’ first came across my radar, it was billed as a horror – but “one I should definitely see because John Krasinski (The Office) directed it.”

Having obliged and bought my ticket and popcorn, I’d like to downgrade it from ‘horror’ to ‘Jurassic Park-minus-the-comedy’, and say yes, it’s worth watching.

John Krasinski and his wife Emily Blunt (The Devil Wears Prada, Sicario) play parents Lee and Evelyn Abbott, who are hiding away on a remote property in upstate New York with their three children. For reasons unknown to the audience, sound-sensitive monsters have invaded earth, relegating the family to a life lived in silence, using only sign language and the odd whisper to communicate.

There are numerous jump-scare moments where you wonder if T-Rex 2.0 is going to appear from within the shadows, but at the heart of A Quiet Place is the story of two parents – particularly a father – asking themselves what they’d do to protect their kids, while trying to give them some semblance of a good childhood in a post-apocalyptic world.

As parents of two daughters themselves, John and Emily resonated with the parental themes of the movie.

“It felt close to home and reflects my deepest fears – the thought of not being able to protect your children,” Emily told The Sydney Morning Herald. ”I love being a mother, but I’m in a perpetual state of distraction making sure the children are ok.”

John tells WIRED that when he was offered the script, he thought, “Not only career wise is it something different, it’s a genre movie and it’s really fun, but this is actually a love letter to my kids. What got me into the idea of directing it was not the scares, it was the idea of family and what would you really do to protect your kids.”

Along with evoking a value for family, there’s also something culturally poignant about the choice of monster in A Quiet Place. Forcing the family into silence and mute subjugation, it’s the perfect ‘baddie’ for a time in which words are one of our most powerful weapons. In a world rich with opinion and platform, where sharing our views can be a source of hope and social change, enforcing silence is the ultimate form of oppression.

Be prepared to squeeze your armrests, but also shed a tear or two. (Oh, and you should know the popcorn was a waste; you don’t want to be the one crunching away during this movie).

A Quiet Place is rated M, and in cinemas now.