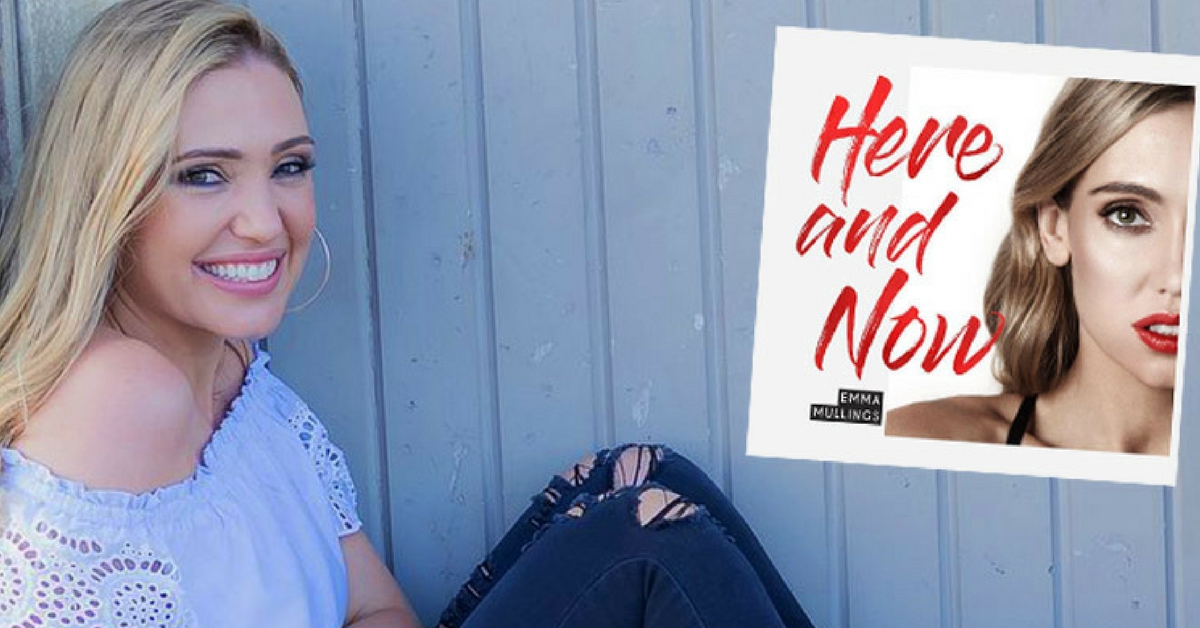 After the successful release of her Skinny Roads EP in 2017, Emma Mullings has just released a new track for a new year – Here and Now.

Inspired by Emma’s Own Life

Like most of her music, the sophisticated electro-pop track tells an autobiographical story. Emma said it’s inspired by a time in her life when she needed God to step in and rescue her.

“It tells a story that very much reflects my own: a story of someone completely lost and broken, and needing Jesus, and Him coming and invading their world right here, right now,” she said.

“That was very much my story at 23 years old, meeting God for the first time, and Him just coming right into my mess. I didn’t have to get it all together to come to Him. He just came and invaded and changed my world, and it’s been amazing ever since.”

God is Real and He’s Here for You

She hopes the song will lift peoples’ eyes to God: “My prayer always is that it just reminds people that there is a ‘problem-solver’ around, and gets their eyes off the problem that is going on in their world,” she said.

“If you’ve heard any of my other tunes you’ll know that I like to write songs that get stuck in your head, that you’ll hear on the radio, but that always have a message, that remind you that God is real, and he is here and is for you.

Here and Now is the followup up her 2017 singles, Skinny Roads and Dream Again, and is available on itunes and Spotify.

Church Plant on Hold… but for Good Reason

In other news, Emma has also announced that she’s due to have her fourth baby in May – a boy. The timing of the baby means Emma and her husband Terrence have delayed their plans to move to Miami and plant a church.

They will now be moving to the States after the birth of their new baby boy. Emma plans to continue her music journey in the United States, in between church pastoring and raising her four kids.

Article supplied with thanks to Hope 103.2.

About the Author: Clare Bruce is a digital journalist for Hope 103.2.