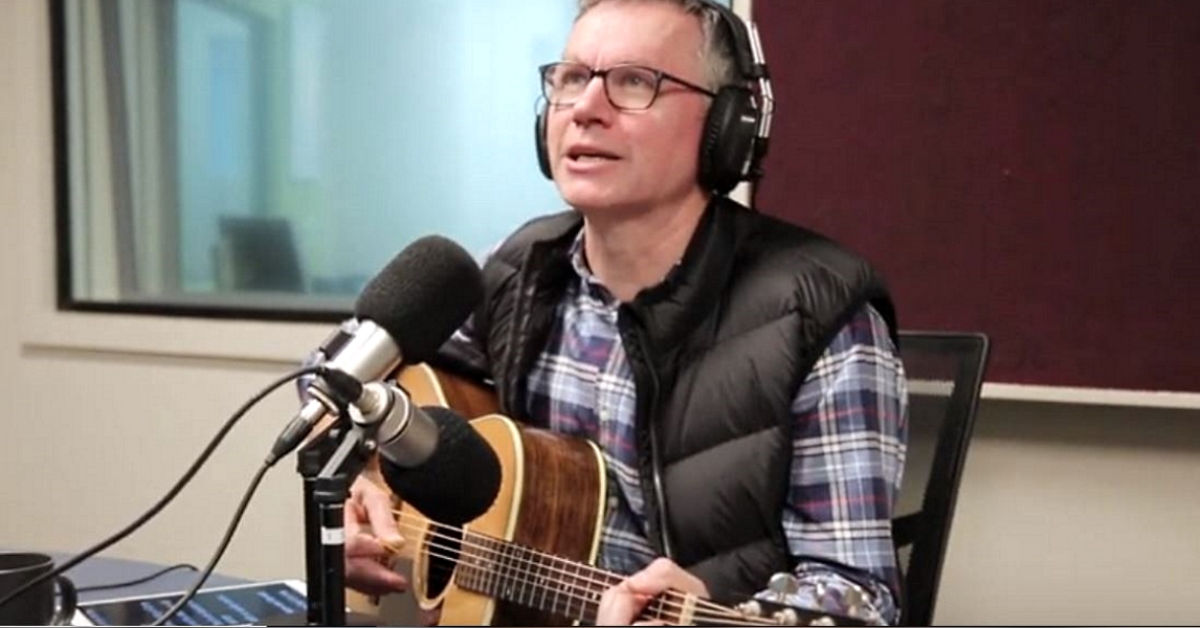 Give Colin Buchanan a topic – any topic – and he’s probably got a song for it.
Galahs? There’s a song for that.

Blue singlets? Sure! Song for that.

Transport? No problem. He’s got an ode to paddock bashers (Farm Cars), and one about trains, too.

Then there’s the songs for kids. Mummies, crocodiles, ants, cough lollies, and ping pong are all covered; along with countless tunes about God, the Bible, and the love of Jesus.

So when asked to sing a tune with a Father’s Day theme – no surprise, he had just the thing!

In honour of all the Dads and Dad-figures listening, the master song-smith performed his hilarious little ditty, Dad Jokes (are Bad Jokes). The song is from an album of comical tunes originally written and recorded for ABC Radio’s TGIF.

What’s it like meeting people who are now adults, who’ve grown up on your music?

“It’s precious to be a part of [someone’s] childhood. I’ve had some very sincere words from grownups who’ve said ‘I grew up with that, it was really important to me’, and I love that. And to have a Christian dimension to it is really precious. There is weight [to it]. I take the truth that I’m teaching very seriously even though you’re [also] having fun.”

“I wrote a song called The Lord is King and I wrote it for my daughter when she was scared about things that she was seeing on TV on the news. It was back in 2001, so the news was about 9/11. It’s a song based on Psalm 2 and it’s about how great God is, and how we have nothing to fear, and that even the kings and the rulers of this world will bow down to Jesus.”

Why do you love to sing about God?

“Because you can say wonderful things about God and you can never say enough of them. The words I use can never get big enough. I can’t sing enough songs. I can’t take enough time to sing about the greatness of our God. We’re going to sing forever and that still won’t be long enough to sing His praises.”