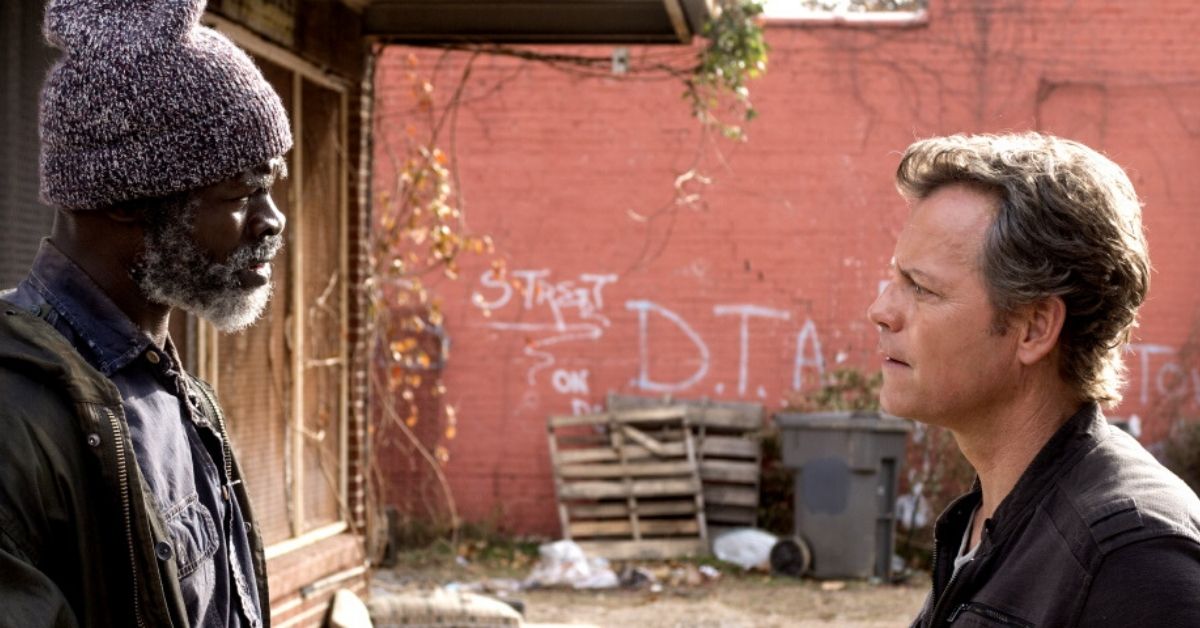 Above: Djimon Hounsou plays Denver and Greg Kinnear plays Ron in ‘Same Kind of Different As Me’ from Paramount Pictures.

How do you measure ‘difference’?

Generally it’s attributed to the person who’s unlike the majority around them – whether by status, race or gender. Or the person whose preferences aren’t agreed upon by everyone else.

No matter how you define it, being ‘different’ means being ‘not like us’. In Same Kind of Different as Me that notion is dispelled, with the belief that ‘being different’ is in fact the commonality between all of us.

Based on the New York Times bestseller, Same Kind of Different as Me is the true story of Ron and Debbie Hall (Renee Zellweger and Greg Kinnear). Debbie is a kind-hearted mother and wife, who volunteers at the local soup kitchen while her husband Ron devotes his time to his career as an art dealer. The pair’s marriage hits the rocks, but then, a homeless man named Denver (Djimon Hounsou) helps them find hope.

Same Kind of Different as Me is an incredibly powerful film.

Through their relationship with Denver, Ron begins to realise his attitudes toward the homeless, and philanthropy, were completely misguided. Where he’d unintentionally dehumanised the homeless, he’s reminded that they are not inept, they aren’t dysfunctional; more often than not they’re people who’ve suffered one knock after another and are just trying to find a way out.

In one of the most striking scenes of the movie Denver asks Ron what he thinks he’s doing when he gives food to the homeless. Ron says, “helping”, to which Denver replies that it’s not about helping – because they’ll still be without a home, but rather, “you’re letting them know they’re not invisible”.

Offering food says ”I see you”, and that your situation matters. When one homeless man is a once-high-flying chef whose wife left him after the death of his son, sparking a spiralling drug addiction, being seen means not having your identity lost in the midst of your tragedy.

Ron also wrestles with why he ‘does good’ to others. Is his kindness only being offered as a means to meet his own need to feel ‘upstanding’? Or is it out of genuine value for another life and your desire to serve them?

All of the ways we could believe we’re different to the homeless, or have ‘done better’ in life than ‘them’, are dissolved with a wave of empathy that takes us under the cardboard boxes into the heart of the person who’s found themselves there.

A lot of thoughtful conversations will come out of Same Kind of Different as Me, and perhaps now more than ever, as we become more aware of the discrepancies between the haves and the have-nots, we’ll act on our common need for compassion, connection and  our need to be truly seen.