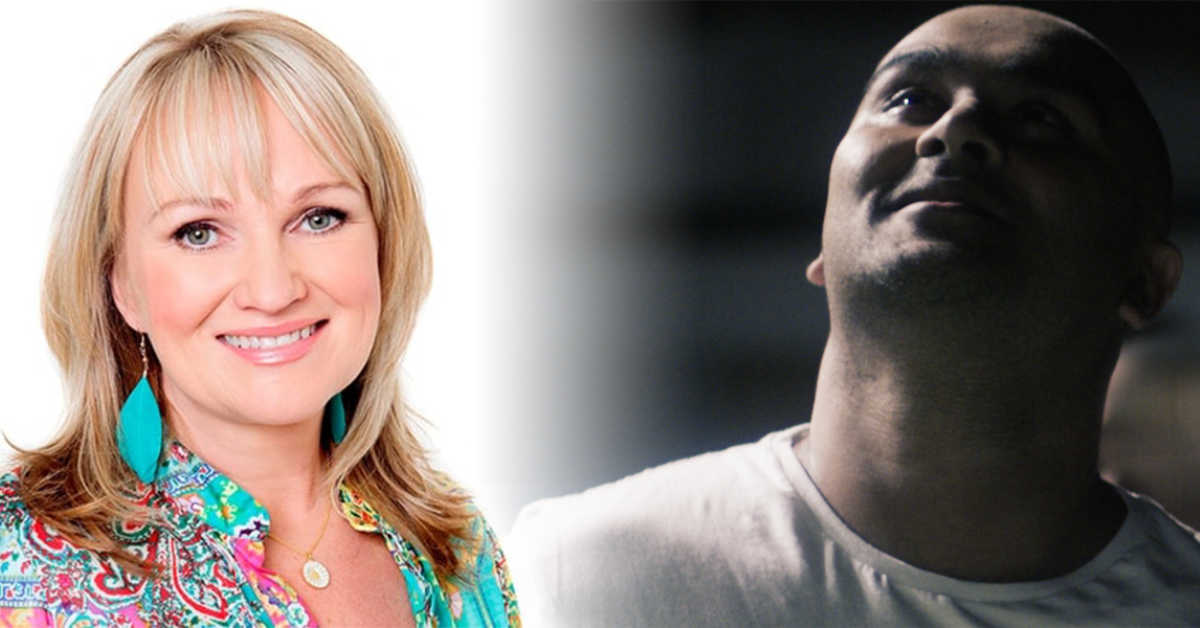 Three months before Australian man Myuran Sukumaran was executed in Indonesia for drug trafficking, he asked his friend and spiritual advisor, Melbourne pastor Reverend Christie Buckingham, if she would make a vow.

Until then, Christie had only ever made two vows in her life: one on her wedding day, the other at her ordination. But this third vow that Myu was asking her to take was almost as weighty: would she promise to spend the next 20 years campaigning internationally against the death penalty?

Having already fought hard to try and save the 34-year-old’s life, it didn’t take Christie long to come back with her answer: a resounding yes. It’s four years since Christie walked with Myuran to face his execution on notorious Nusakambangan Island, and she’s holding true to her word: speaking out against capital punishment whenever she has the chance.

Now, the pastor’s message has been amplified in a gripping short film, Execution Island. It portrays her friendship with Myuran, and follows the 34-year-old Australian and his friend Andrew Chan in their final moments before death. The pair were two of the ‘Bali 9’ convicted for attempting to smuggling $4 million worth of heroin out of Indonesia in 2005.

If we are truly embracing the gospel, she argues, then all Christians should be opposed to the death penalty – because the gospel gives everybody another chance.

“People say to me, ‘Why are you even bothered about this, Christie? Isn’t it painful?’” she said.

“I’m bothered about it because I think [the death penalty] is a violation of God’s plan for people, and unless Australians are very outspoken about it – especially Christians – then, if we don’t sing the same song or at least sing in harmony, what is our voice? What are we actually saying? Are we saying that people are beyond redemption… that there is something that is so terrible, that is so awful that God cannot forgive?”

When Christie first met Myuran in 2012, he had already been on a significant faith journey, returning to the Christian beliefs of his childhood and changing his ways – along with his friend Andrew Chan – inside Bali’s Kerobokan Prison.

The moment she met the pair, Christie had no doubt they were transformed. Even when facing death, they humility and grace, she said.

“Myu had said to me specifically he wanted to be singing when he was killed,” she said. “And he wanted to make sure that he treated everybody with dignity, with compassion, with kindness. He wanted to be sure that he didn’t blame Indonesia in his last words, but rather he called a blessing on Indonesia, because he realised that this was just part of a merciless judicial system that he became a part of – the machinery of death, really.”

“He wanted to be sure that he didn’t blame Indonesia in his last words, but rather he called a blessing on Indonesia.”

Despite his courage, Myu would hate of being thought of as any kind of martyr, says Christie: “When they tied him to that cross thing that they tied him to, he said, ‘Oh, my goodness, I’m embarrassed. It sort of looks a bit like Jesus, but I’m certainly not Jesus’. He had no ideals of being a martyr.”

What Myu did want to be remembered for, though, was his stance against the death penalty, and that is the message Christie now carries. She believes his success in helping other prison inmates to change, is proof that rehabilitation works – and that reformed prisoners should be used as ‘weapons’ in the war against drugs.

She also says Myu and Andrew were “in the lowest level of drug mules” and wants to see more done in the fight against drug cartels.

“[The drug kings] are looking for vulnerable people,” she said. “Both [those] guys had dropped out of school. They joined gangs. How can our government look at helping with leadership for kids 12 and up, so that they don’t get involved in these things? What are we doing at a level of prevention?”

The Powerful Presence of God

As far as her own faith goes, Christie says it has only grown since the horror of seeing her young friend killed on a firing range.

“Whilst it was a terrible situation, I have seen the love of God and experienced His presence in a way that I’ve never done before or may never again this side of eternity,” she said.

“I witnessed braveness in the face of barbaric behaviour, and holiness in the place of hate, and gentleness and meekness in an environment of force and confusion. And I saw the power of good and the power of God face, head-on, the forces of evil. I can only describe it as seeing God’s amazing grace. And whilst it crushed me to a place that I never thought was even possible, out of that has come a thing of beauty.

“It never should have happened… but it did. And it reminds me again of the fact that God, in His providence, has a bigger picture in mind all the time.”

Why Capital Punishment is a Christian Justice Issue

When speaking about her stance against the death penalty, Christie argues that the New Testament, the part of the Bible on which Christianity is founded, makes no room for it.

“From a Christian perspective… either Jesus died for the sin of the world – past, present, and future – or he didn’t,” she said. “Was his sacrifice enough or was it not? Do we need to do more? Do we need to then demand blood, which is going back to law instead of grace? We need to interrogate our thinking about that, and also to ask ourselves the question, ‘Is any human being able to take the life of another human being, ever?’

“From a Christian perspective… either Jesus died for the sin of the world – past, present, and future – or he didn’t.”

“You hear people say, ‘You’ve done the crime, you pay the time’. Yes, we agree with paying the time, but we don’t agree that anyone can take the life of another person.”

She says that the evidence proves the death penalty is not a deterrant. And whenever she hears the argument that “they broke the law in another culture and they should face the consequences that culture has chosen”, she is unapologetic in her response.

See the Film, Find Out More

Execution Island is available for churches to screen, and it also comes with a small-group study guide. To purchase the film, host a screening, or get involved in the fight against the death penalty, head to ExecutionIsland.com.au.